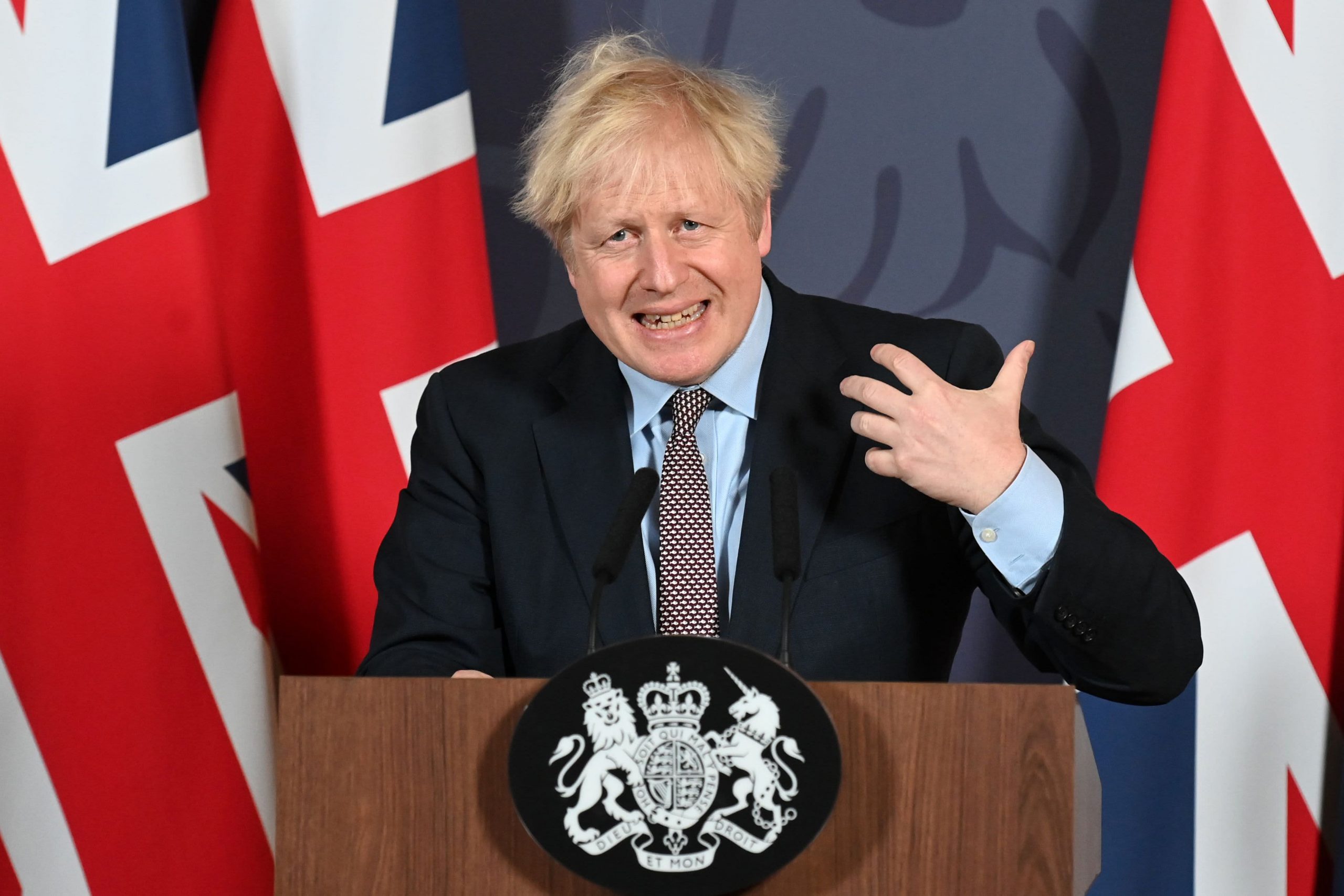 British Prime Minister Boris Johnson said England is adopting a national lockdown that he hopes will be tough enough to contain a new, highly contagious variant of Covid-19.

People can only leave their homes to shop for essentials, work if they can’t from home, exercise, go to the doctor’s and escape domestic abuse, he said in an announcement Monday evening. Primary, secondary and colleges will also move to remote learning Tuesday, except in rare cases, he said.

“I completely understand the inconvenience and distress this change will cause millions of people and parents up and down the country,” Johnson said. “The problem isn’t that schools are unsafe for children … the problem is that schools may act as vectors of transmission, causing the virus to spread between households.”

The U.K.’s chief medical officers recommended the country move to alert level five, meaning that if the country doesn’t take this action the National Health Service capacity “may be overwhelmed in 21 days,” Johnson said.

The changes come as the U.K. grapples with a more transmissible variant of Covid-19. To date, the country has recorded over 2.6 million cases of Covid-19 and more than 75,000 related deaths, according to data compiled by Johns Hopkins University.

“The number of deaths is by 20% over the last week and will sadly rise further … With most of the country already under extreme measures, it’s clear that we need to do more together to bring this new variant under control while our vaccines are rolled out.”

Johnson warned earlier on Monday that the U.K. had “tough, tough weeks to come” and there was “no question” tougher measures would be implemented.

Ahead of the announcement, more than three-quarters of England were living under “Tier 4” restrictions, the country’s toughest level of measures.

On Monday afternoon, Scotland’s leader Nicola Sturgeon announced a new stay-at-home order for the country’s citizens from midnight. Schools in Scotland will remain closed until the beginning of February.

Kier Starmer, leader of the U.K.’s main opposition Labour Party, tweeted on Sunday that Johnson “must put national restrictions in place within the next 24 hours.”

Coronavirus vaccines are the only bright spot in a pandemic that continues to rage across the U.K. and much of the West. On Monday, the U.K. began its rollout of the Oxford-AstraZeneca vaccine after starting to deploy the Pfizer/BioNTech shot in December.

The U.K. government has decided to implement a 12-week delay between the first and second doses of both the Pfizer-BioNTech and Oxford-AstraZeneca coronavirus vaccines, in a bid to cover as much of the population as possible.

The U.K.’s independent Scientific Advisory Group for Emergencies said on Sunday that it endorsed the move, with conditions, however the British Medical Association has criticized the U.K.’s decision to delay second doses.