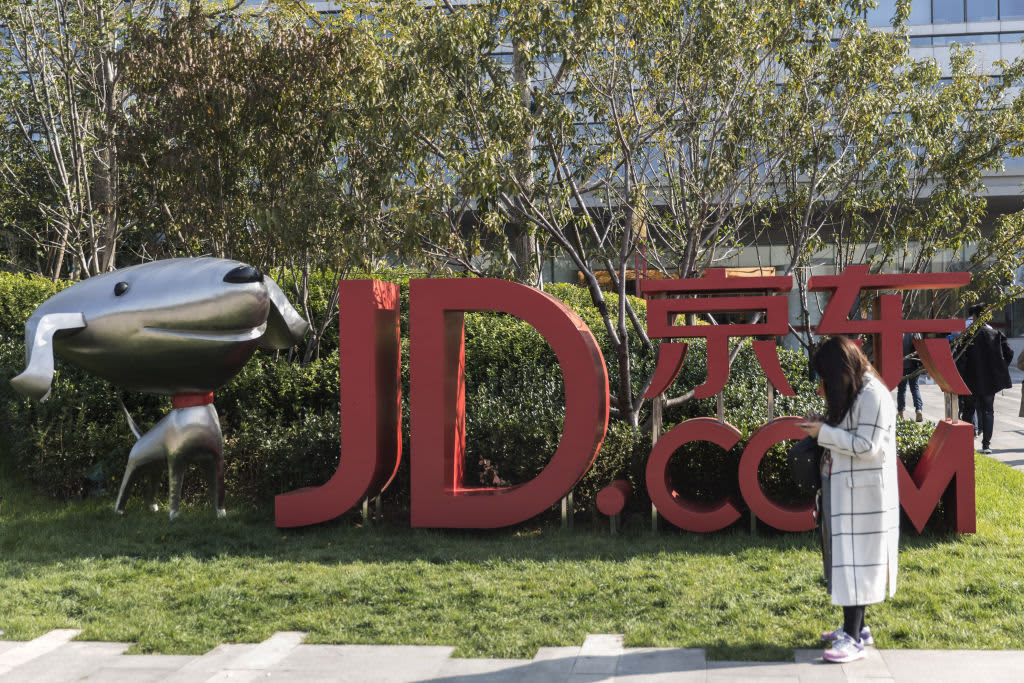 A woman stands next to signage incorporating the logo of JD.com, and the company’s mascot ‘Joy,’ at the company’s headquarters in Beijing, China.

The investment banks could decide to exercise the so-called over-allotment option whereby 57,285,000 more shares would be issued. That would result in an additional 3.98 billion Hong Kong dollars being raised from the IPO. The over-allotment must be exercised by Dec. 31.

JD Health said 40% of the net proceeds will go toward business expansion over the next 3 to 5 years, 30% will be used for research and development in the next 2 to 3 years, while the remaining money will be spent on potential investments and acquisitions and general corporate purposes.

The company’s business is focused on online health-care services such as consultations with doctors as well as its online pharmacy. JD Health brought in revenue of 8.78 billion yuan ($1.34 billion) in the six months ended June 30, up from 4.99 billion yuan in the same period last year.

China’s technology giants have sharpened their focus on digital health care following the coronavirus outbreak earlier this year. Internet search giant Baidu is in discussions with investors to raise up to $2 billion over three years for a new biotech company, CNBC reported in September.

JD.com will remain the controlling shareholder of JD Health even after the IPO. There are a number of so-called cornerstone investors that were brought on board including Hillhouse, Tiger Global, Lake Bleu Prime, China Structural Reform Fund, Blackrock and Singapore’s sovereign wealth fund GIC.