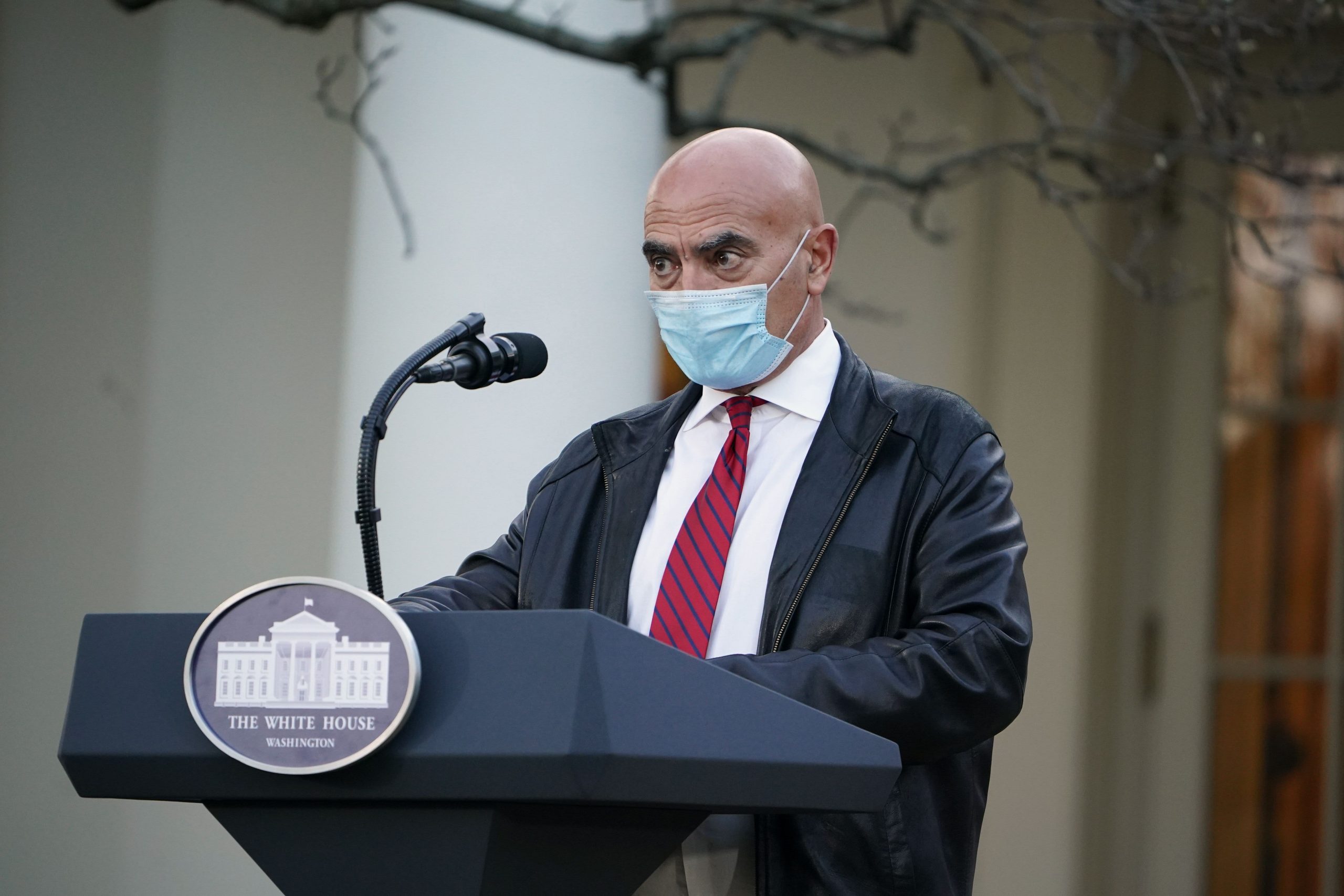 Dr. Moncef Slaoui, vaccine expert, delivers an update on “Operation Warp Speed” in the Rose Garden of the White House in Washington, DC on November 13, 2020.

President Donald Trump’s coronavirus vaccine czar said on Sunday that he will meet with President-elect Joe Biden this week to discuss vaccine rollouts expected in the U.S. this month.

Dr. Moncef Slaoui, chief advisor of Operation Warp Speed, said in late November that he had not met Biden or had any contact regarding a transition process and vaccine distribution plan.

Those comments in November came the day before the Trump administration formally began the transition process after weeks of stonewalling, finally giving the Biden team access to resources and information.

Slaoui will be the latest top health official to meet with the Biden team as the transition gets underway. Dr. Anthony Fauci, director of the National Institute of Allergy and Infectious Disease, agreed to serve as Biden’s chief medical advisor last week and met with the incoming administration.

The president-elect has criticized the Trump administration’s vaccine rollout plan and said he’s seen no detailed plan to distribute a vaccine to states.

“There is no detailed plan that we’ve seen, anyway, as to how you get the vaccine out of a container, into an injection syringe, into somebody’s arm,” Biden said in Delaware last week.

Slaoui pushed back on Biden’s remarks in an interview with CNN’s “State of the Union” on Sunday morning, arguing there is a detailed distribution plan but Biden’s transition team hasn’t yet been fully briefed.

Biden said he would mandate masking wearing on all federal property and interstate transportation when sworn in, and would also ask people to wear a mask for 100 days to mitigate the virus’ spread.

The U.S. is reporting a weekly average of more than 2,000 coronavirus deaths every day, the worst death toll since the pandemic began, according to data from Johns Hopkins University, as infections surge across the country and record hospitalizations add pressure on the health-care system.

Slaoui said he thinks a vaccine will be long lasting, between 2 to 3 years, “prolonging our protection for many years.” In a separate interview on CBS’ “Face the Nation,” Slaoui said he’s confident that the Pfizer and Moderna vaccines are safe with “no serious adverse side effects” reported from trials.

“It’s absolutely vital that everybody take comfort in the fact that we have light at the end of the tunnel, and find the energy in that to continue to wear our masks, distance, wash our hands, pay attention to what we’re doing to make sure we’re there by the spring to benefit from the vaccine,” Slaoui said.

The first shipment of vaccines will start the day after the U.S. Food and Drug administration authorizes the vaccine in the U.S., according to Slaoui. The FDA is set to hold hearings on whether or not to authorize the Pfizer and Moderna vaccines later this month.

“Based on the data that I know, I expect the FDA to make a positive decision,” Slaoui said. “But of course, it’s their decision.”

U.S. Department of Health and Human Service Alex Azar on Sunday told ABC’s “This Week” that Americans could see an FDA authorization within days and he expects a “more general” vaccination in February and March.

However, health researchers warn that Covid-19 deaths could nearly double by April even with a nationwide vaccine rollout and that simply increasing mask-wearing would save 66,000 lives by April 1.