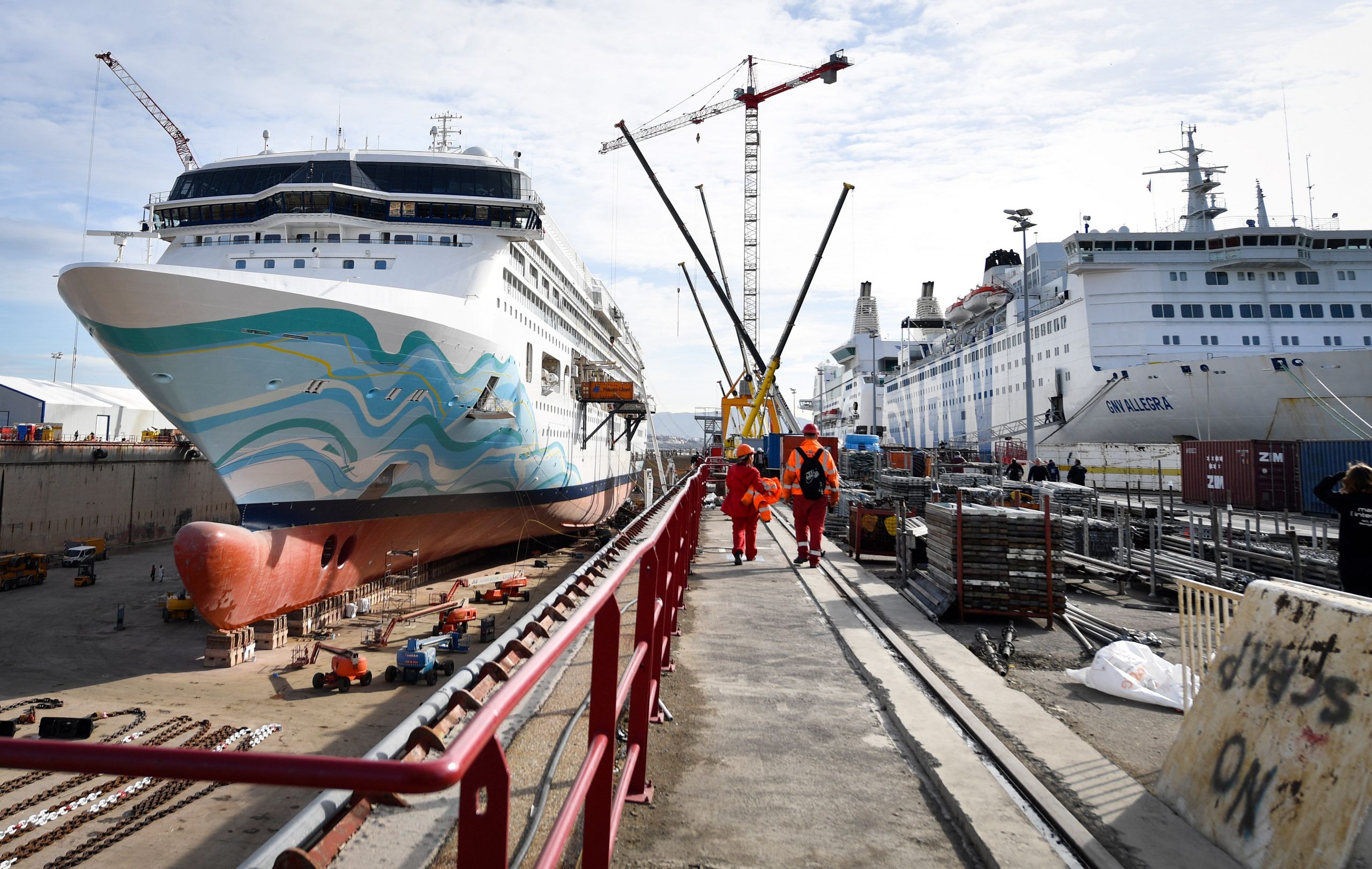 Workers near a cruise ship of the Norwegian Cruise Line which is in dry dock receiving hull maintenance and interior modernization work.

Norwegian Cruise Line Holdings announced Wednesday that it is again extending its suspension of sailing, this time through March, for most of its scheduled voyages.

It’s among the longest suspensions of cruising by any of the major publicly traded cruise operators announced so far. Rival Carnival, the largest cruise company in the world, has suspended its operations through January, with some of its brands extending the suspension further into 2021. Royal Caribbean announced last month the suspension of its cruising through January.

But with positive vaccine news that could reduce the severity of the pandemic next year, at least in key markets for the global travel industry, Norwegian’s stock rallied in November, along with others in the industry. In November, Norwegian stock surged 42%.

The company said it extended its suspension as it “continues to work through its return to service plan to meet the requirements of the Framework for Conditional Sailing Order issued by the U.S. Centers for Disease Control and Prevention.”

On Oct. 30, the CDC pulled its no-sail order, which stood for nearly 8 months, and replaced it with a “Conditional Sailing Order.” That new order provided a framework for the industry to begin thinking about how they can safely resume sailing. Among other requirements, it includes trial cruises that will be monitored by CDC personnel to ensure that proper infection prevention protocol are implemented.

Norwegian CFO Mark Kempa said last month that the company does “not expect a straight line recovery.” He said it has set aside $300 million for investments in health and safety, adding that monthly cash burn is expected to rise going forward as the company begins to mobilize its fleet and staff in preparations for a gradual return to service. Kempa said the company had $2.3 billion in liquidity, including the money set aside for health and safety investments, as of the end of the third quarter.