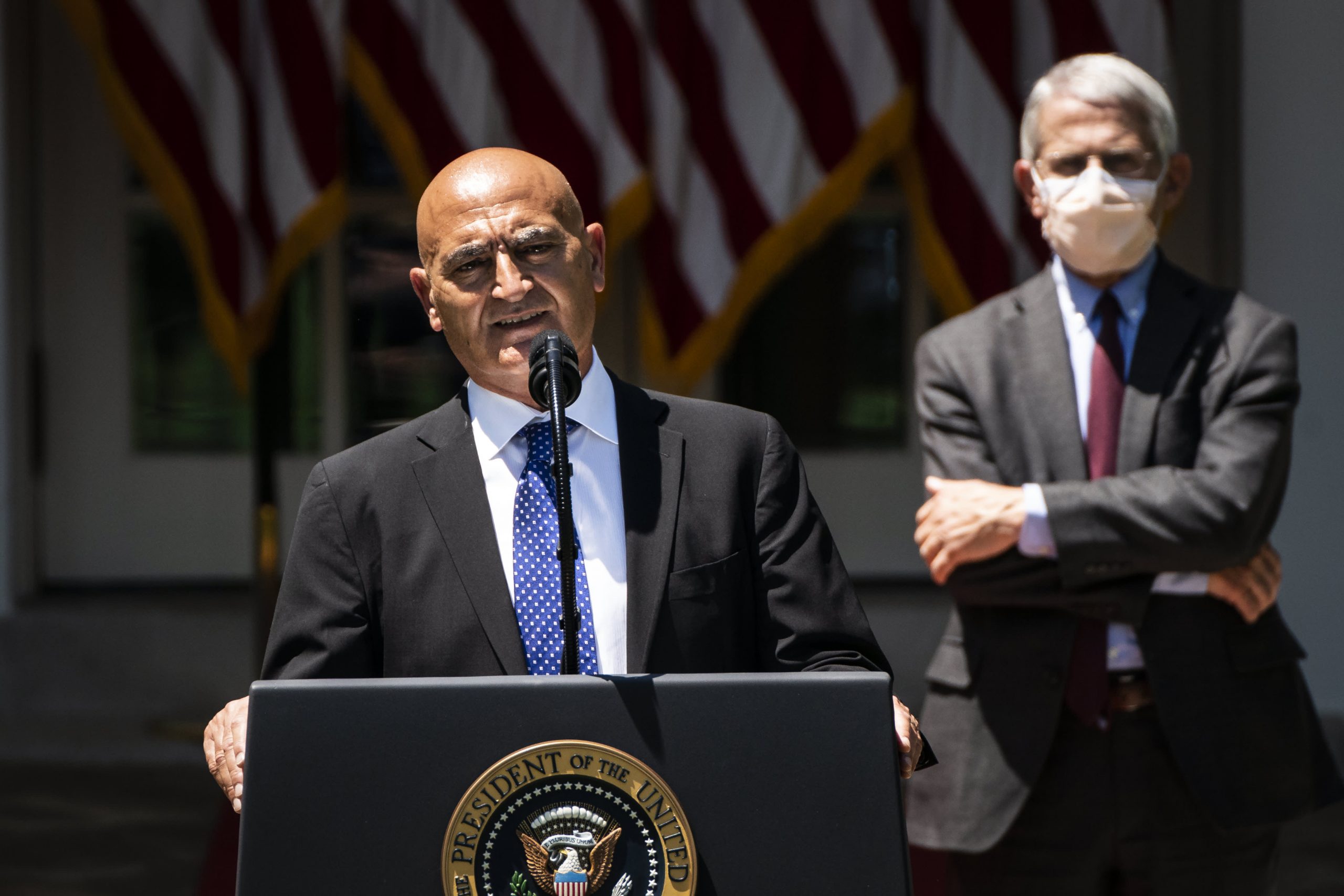 Operation Warp Speed’s Chief Science Advisor Moncef Slaoui told CNBC that Americans can expect to get back to ‘normal’ by summer 2021, as families across the United States spend Thanksgiving apart this year in order to keep their loved ones safe.

“We hope that we would have vaccinated 70% to 80% of the U.S. population by May or June of 2021, so I would hope that by summer, we should be substantially back to normal,” Slaoui said in a Wednesday evening interview on “The News with Shepard Smith”.

The coronavirus pandemic is ripping through cities and towns across the United States and the data shows that it has no signs of slowing down. There were 88,000 people hospitalized with Covid-19 on Tuesday, according to the Covid Tracking Project. Deaths are on the rise as well. The U.S. reported more than 2,100 deaths Tuesday, the most deaths since May, according to a CNBC analysis of Johns Hopkins data.

Doctors and scientists, however, are reassuring Americans that there will be a reprieve. Two weeks after Thanksgiving, the FDA will meet to discuss whether to green-light Pfizer’s vaccine. If it does, the government plans to ship out 6.4 million doses to communities around the country.

Slaoui said that inoculating all Americans will be a “challenge” but he thinks it is achievable. ”People need to know that every year between 140 million to 180 million doses of flu vaccine are produced, distributed, and inoculated in the U.S. population in a period that goes between the month of August and the month of, maybe, January,” Slaoui said. “So, we may be doubling that number over the period of time, but it’s not from scratch, which was very different from the testing.”

Host Shepard Smith noted that another challenge will be convincing people that a vaccine is safe to take. A recent Gallup Poll showed that only 58% of Americans said they would take a coronavirus vaccine.

“It’s a great concern and really it’s very unfortunate that the political context in which the development of this vaccine took place has exacerbated the hesitancy and the lack of trust that comes from the fact that we went very fast,” Slaoui said.

Slaoui explained that scientists did not “start from a blank piece of paper” and were able to jump off of 10 to 15 years of discovery and development work that took place around the platform technologies in which the vaccines are made. He said that although it normally takes 6 to 7 years to discover a vaccine, a lot of the groundwork had already been done because of the past years of research. Another factor that helped speed up the process were the large number of participants in the Covid vaccine clinical trials, Slaoui said.

“We will know more about these vaccines and their efficacy and safety than the ‘average’ vaccines in the shorterm,” Slaoui said. “What we will not know very much about is their safety in the long-term, just because the trials had to be conducted fast, and it is important that we immunize people. We have 2,000 people dying every day.”

Slaoui said there was a thorough system of surveillance in place to keep track of people once the population starts taking the vaccines. Slaoui added that if there was any sign of long-term issues, those issues will be dealt with “immediately.”

“Please keep your ears open and your mind open, listen, and then judge on the facts and the data,” Slaoui. said. “I feel confident that if we do that, most Americans will agree to be vaccinated. 95% efficacy is insurance against this pandemic.”