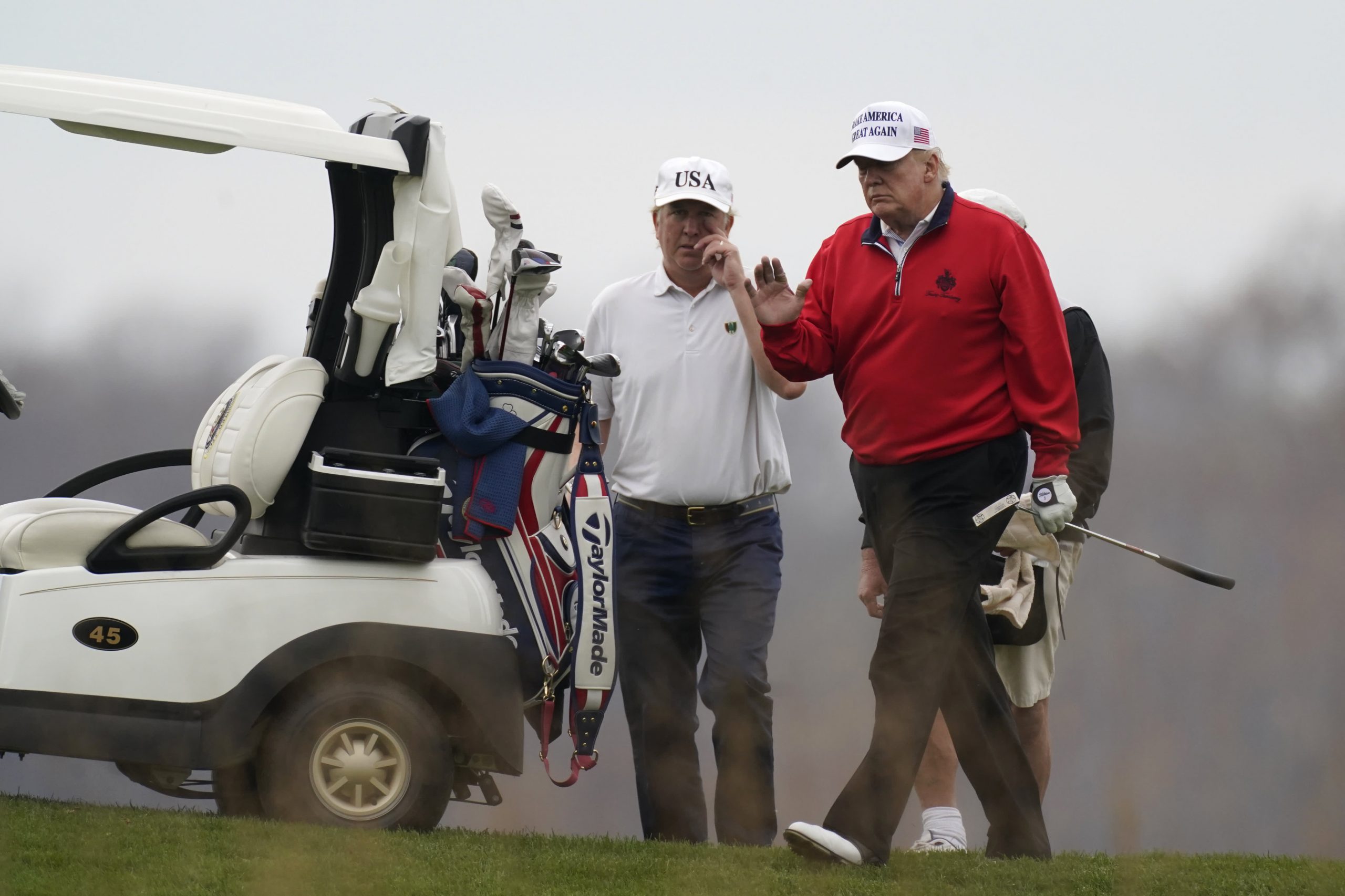 President Donald Trump on Saturday did not participate in a virtual G-20 session on global response efforts to the coronavirus and improved pandemic preparedness, even as Covid-19 cases surge and break daily records in the U.S.

Major leaders among the world’s 20 largest economies delivered video messages for the virtual session on pandemic preparedness, including the leaders of Saudi Arabia, France, Germany, Italy and South Korea. Trump did not deliver a message for the event, and there did not appear to be any American presence in the session.

Trump participated in the opening ceremonies of the virtual summit hosted by Saudi Arabia with the rest of the G-20 leaders. The president later went to his golf course, Trump National Golf Club in Sterling, Virginia, where he’s spent the last several weekends since the election.

The White House, in a statement released later Saturday, said Trump discussed with world leaders the need to restore economic growth and jobs as the world battles the coronavirus, and reaffirmed the importance of the G-20 for future prosperity.

Statement from the Press Secretary

President Donald J. Trump participated in the first day of the virtual G20 Leaders Summit on November 21, 2020.  President Trump discussed with other world leaders the need to work together to restore strong economic growth and jobs as we overcome the COVID-19 pandemic.  During his remarks, President Trump highlighted how the United States marshaled every resource at its disposal to respond to the crisis, as well as the unprecedented economic recovery of the United States on a foundation of tax and regulatory cuts, energy independence, and fair trade deals.  He spoke about the aggressive actions and safety measures the United States took to protect the vulnerable, pioneer groundbreaking treatments, and develop vaccines and therapies at record-setting speed, which will save millions of lives.  President Trump also reaffirmed the importance of the G20 working together for future economic growth and prosperity.

It was not clear for most of the week if Trump would participate in the final G-20 summit before he leaves office. The president isn’t scheduled to appear again at the G-20 until Sunday morning.

More than 57 million people have been infected and more than 1.3 million have died of the virus worldwide during the pandemic as global leaders struggle to produce a coordinated response.

Several G-20 leaders called for an equitable distribution of Covid-19 vaccines and for strengthening the World Health Organization, the agency taking the lead in battling the pandemic and coordinating how to distribute vaccines worldwide.

The Trump administration this summer announced its withdrawal from the WHO and opted out of the agency’s plan to distribute a vaccine known as COVAX.

French President Emmanuel Macron urged international cooperation on providing a vaccine for everyone and building a system that allows the first doses of the vaccine to be directed toward the least developed countries. German Chancellor Angela Merkel called for better funding.

“To defeat the pandemic, every nation needs to have access to and be able to afford the vaccine,” Merkel said at the event. “We need reliable funding, better cooperation, greater independence.”

Russian President Vladimir Putin told leaders that Russia is prepared to distribute its Sputnik V coronavirus vaccine to other countries and is working on a second and third vaccine.

Trump, who lost the Nov. 3 election but did not concede, hasn’t attended a White House coronavirus task force meeting in several months and hasn’t answered questions from the press about the pandemic.

The U.S. broke another daily record for new Covid-19 cases on Friday, with more than 195,500 confirmed cases and at least 1,800 deaths, according to data compiled by Johns Hopkins University. The rise in cases is driving a surge in hospitalizations and deaths, with more than 82,100 people currently hospitalized across the country — a higher number than at any point during the pandemic.

— Reuters contributed to this report