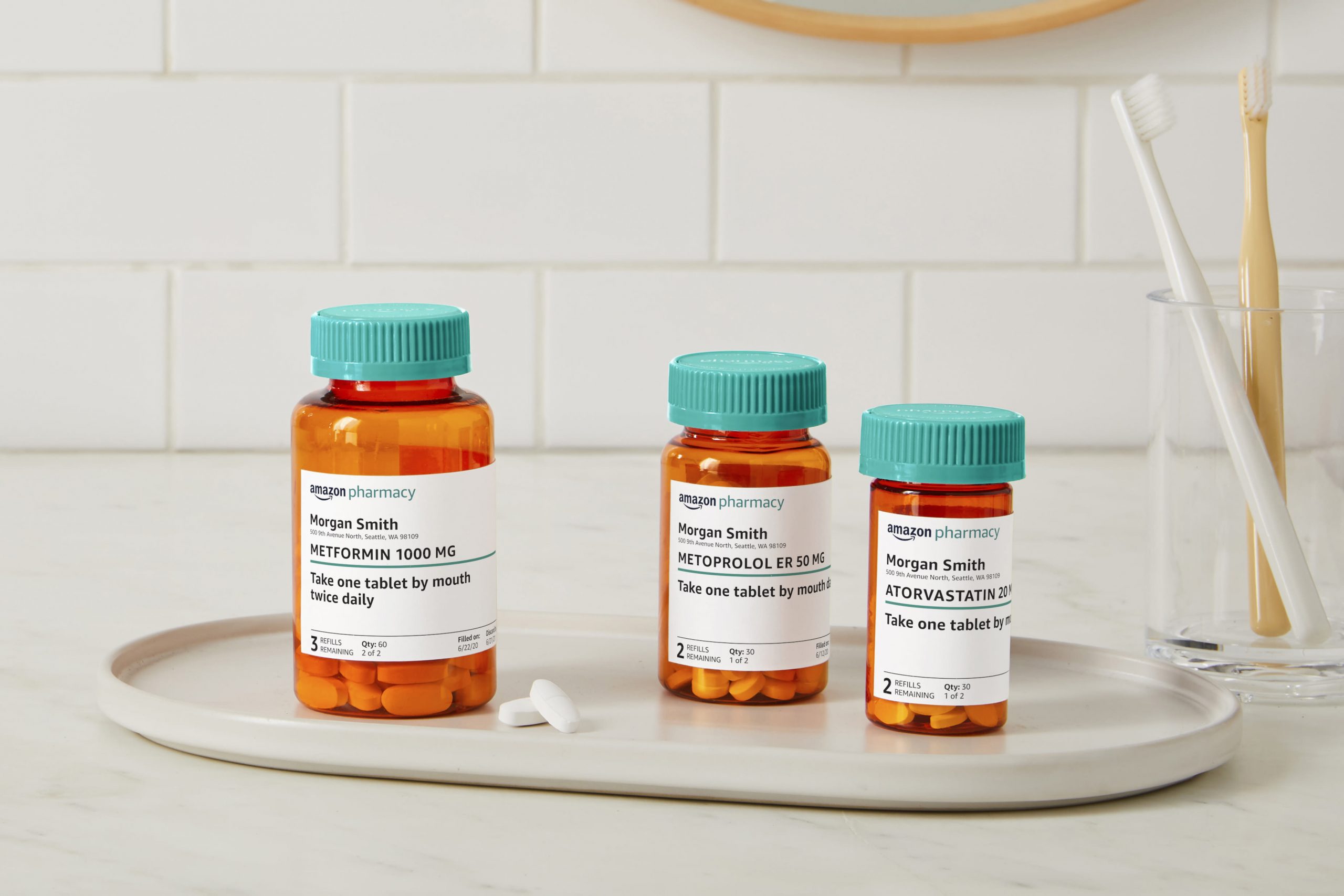 With Amazon Pharmacy, Prime customers in the United States can get their prescription medications shipped to their home for free.

Amazon is entering the pharmacy business with a new offering called Amazon Pharmacy, allowing customers in the United States to order prescription medications for home delivery, including free delivery for Amazon Prime members.

Amazon has been quietly building out its pharmacy offering for several years after ramping up internal discussions in 2017 and acquiring PillPack in 2018. The pharmacy space is notoriously complex and competitive in the U.S., and Amazon Pharmacy is built in part on PillPack’s infrastructure, including its pharmacy software, fulfillment centers, and relationships with health plans.

Amazon Pharmacy, announced on Tuesday, is Amazon’s biggest push yet into $300 billion market, and threatens the dominance of traditional pharmacies like CVS and Walgreens, as well as other large retailers that offer pharmacy services, including Walmart.

For Amazon, the announcement is well-timed. Americans are increasingly relying on getting their medicines via mail to avoid getting exposed to the coronavirus. That shift could be permanent, as more people than ever before are learning about new ways of receiving medication.

“We wanted to make it easy for people to get their medication, understand the cost and get it delivered to the home,” said TJ Parker, Amazon’s vice president of pharmacy, who previously co-founded PillPack. “The hard work is to make it easy… there were a number of complications behind the scenes.”

“We think this new benefit will add tremendous value to our members,” added Jamil Ghani, vice president of Amazon Prime. “It’s relevant as folks try to do more from the comfort and safety of their homes.”

Customers over the age of 18 will have access to the pharmacy service this week in 45 states, not including Hawaii, Illinois, Kentucky, Louisiana and Minnesota. Amazon expects to serve those states over time.

Amazon Pharmacy will accept most forms of insurance, but could offer savings for people without insurance as well. Customers can also use flexible spending accounts or health savings accounts to buy prescriptions on the service.

Before customers order medication for the first time, the site might ask them questions such as whether they’re pregnant, their date of birth, and their gender as it was assigned at birth. That information is required by law to provide pharmacy care, and it helps pharmacists to do things like confirm prescriptions.

Doctors can send prescriptions directly to Amazon Pharmacy, or patients can request a transfer from an existing retailer, like CVS or Walgreens. Amazon says it has tools to verify that a physician legitimately ordered each prescription, and to tamp down on potential fraud.

Customers will be able to track the delivery of their prescriptions just like they can with any other Amazon order.

Amazon Prime customers get free two-day delivery, although shipping might take up to five days the first time a customer orders, as it takes time to transfer a medication. Customers who don’t have Prime can get free delivery within five days, or they can pay $5.99 to upgrade to two-day delivery.

The medicines on offer include a mix of generic and brand-name drugs. Customers can get access to birth control, as well as commonly prescribed drugs like insulin, triamcinolone steroid creams, metformin for controlling blood sugar, and sumatriptan for migraines.

Amazon will not deliver Schedule II controlled medications, including most opioids, and it won’t be replacing the Health & Personal Care store by offering vitamins and supplements.

Customers who have questions about their medications can reach a pharmacist or pharmacy technician at any time through online self-service or phone. Amazon will also screen for potentially problematic drug interactions for customers who are taking multiple medications at once.

Amazon’s Parker said that the storage and collection of customer health information is in compliance with federal HIPAA rules, and the company won’t share pharmacy data to advertisers or marketers without permission.

Amazon has leveraged its rich troves of customer data to build advertising into a key pillar of its overall business, and shows customers personalized ads and offersdiscounts based on what they have bought in the past. But consumers are likely to have a different set of expectations when they’re placing a prescription order versus browsing for a new pair of pants.

“The information and experience you have inside the pharmacy is separate and distinct from the experience that you have on Amazon.com,” Parker said.

PillPack will continue to serve customers even after Amazon Pharmacy launches. That’s because PillPack is designed for a different use-case: It delivers medicines on a 30-day schedule to a population of patients that tend to be sicker and older than average, and often require multiple prescriptions.

Amazon Prime members have access to an additional pharmacy perk called the “prescription savings benefit,” which offers a discount of up to 80% on generic medications and up to 40% on brand-name prescriptions.

Amazon negotiated those discounts through a relationship with the InsightRX savings program, which is part of Evernorth, a company that grew out of a merger between Express Scripts and insurance giant Cigna in 2018. Insurers use pharmacy benefits managers like Evernorth to negotiate drug rebates from drug manufacturers in exchange for better coverage.

Even for people who have health coverage, the Prime price might still end up being more affordable than the co-pay.

Even for people who have health coverage, the Prime price might still end up being more affordable than the co-pay — Amazon’s Parker said it happens “more frequently than people think” (although it won’t count towards a deductible).

Prime customers can also get a prescription savings benefit card to use at up to 50,000 pharmacies, including CVS, Walmart, Rite Aid, and Walgreens. This might be preferable for customers who have an urgent need for a medication and can’t wait two days for delivery.

Amazon’s Parker said the company does not currently have any brick-and-mortar pharmacies, and declined to speculate on future product offerings. But in future, the company could add pharmacies to Whole Foods and its chain of Amazon Fresh stores.