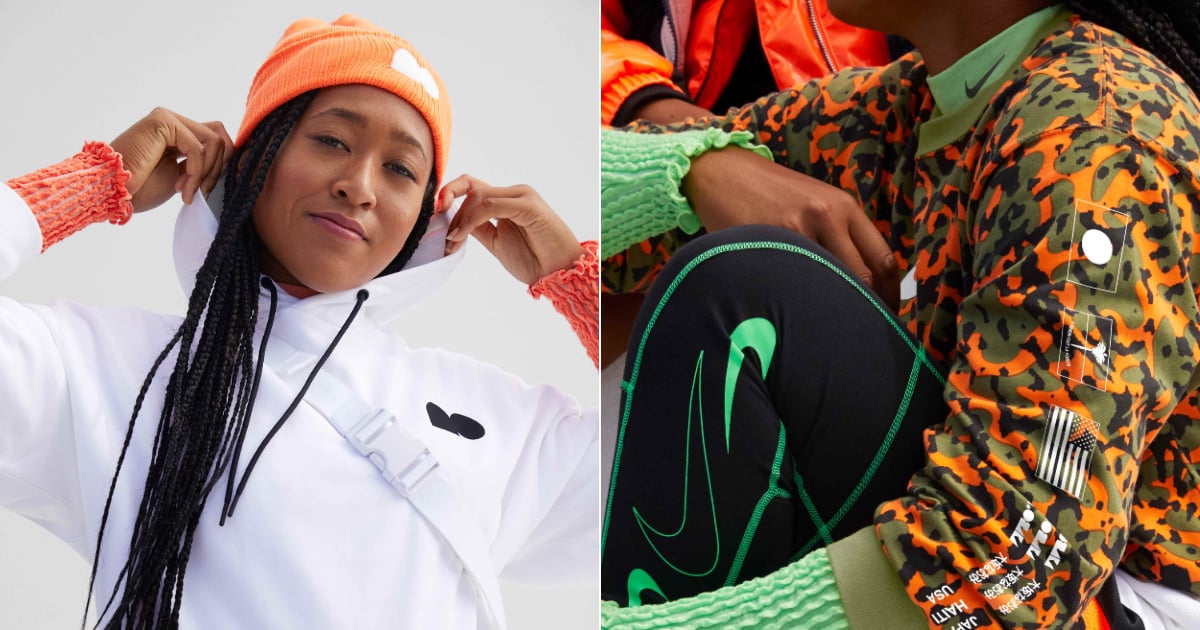 Look closely at Naomi Osaka’s new Nike apparel collection and you’ll see a brand-new logo with a special story behind it. The chunky N and O don’t just represent her initials; they’re also visually influenced by the national flag of Japan, according to a Nike press release. “Its simplicity is graphically flexible, befitting her multicultural background,” Nike said.

It’s a theme that runs through the new collection, which dropped today and features trendy cropped tennis T-shirts, athletic shorts, and a unique orange-and-green camouflage long-sleeved shirt. The camo was actually inspired by the coordinates of three countries: Japan, where Osaka was born and where her mother is from; Haiti, where her father is from; and the United States, where Osaka was raised since age 3. “The digits from each nation were fed through a digital algorithm to create the unique pattern,” Nike explained.

Osaka has used fashion to celebrate her heritage before (remember the dress and head wrap she wore post-US Open victory?), and we can’t wait to see what the world No. 1 tennis player and style icon in the making does next. Check out the full Nike collection ahead, but be warned — some items are already selling out!