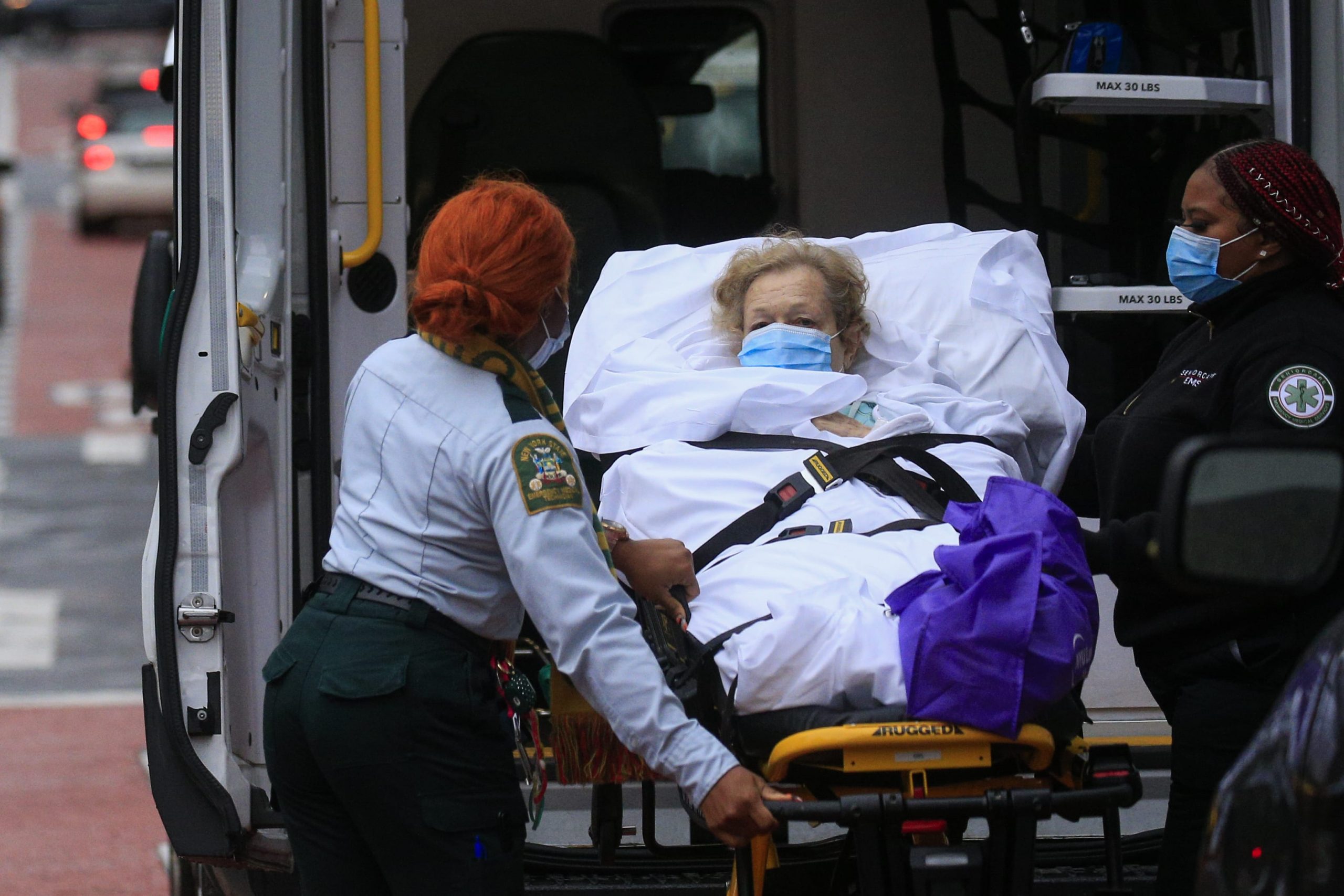 The United States reported a record-high number of people hospitalized with Covid-19 on Friday as more states roll out fresh restrictions to slow the spread of the virus ahead of the holiday season.

Deaths caused by Covid-19 continue to trend upward, as well. The Centers for Disease Control and Prevention is projecting a rise in newly reported Covid-19 deaths over the next month. The CDC updated their forecast this week to say that newly reported deaths “will likely increase over the next four weeks, with 5,500 to 13,400 new deaths likely to be reported in the week ending December 5, 2020.”

The country continues to push new records for cases. Over the past seven days, the U.S. has reported an average of over 139,900 cases per day, up more than 35% compared with a week ago, according to a CNBC analysis of data compiled by Johns Hopkins University. The seven-day average of daily new cases has hit a fresh record everyday for at least the past ten days, Hopkins data shows.

The surge is pushing hospitals in some parts of the country, particularly the Midwest and Western U.S., to their limits. Rich Rasmussen, CEO of the Montana Hospital Association, said in a phone interview on Friday noted that adjusted for population, Montana is among the hardest hit states in the country.

“The actual on-the-ground impact in a small state like ours is greater than it is nationally,” he said, adding that the state’s hospitals are quickly running out of resources. “We’re competing with the rest of the nation for staffing and that’s our biggest challenge right now… What we don’t have is the rich depth of staffing that other more urban states have. That is our biggest challenge.”

He said most of the state’s hospitals are “above 100% staffing capacity” and hospitals are trying to share the load of patients by transporting hospitalized people across the state. But the problem, Rasmussen said, is that the virus is spreading in nearly every community, burdening all hospitals in the state.

“So we are pecking out on our ability to continue to treat patients based on our staffing limitations,” he said.

Dr. Alan Kaplan, CEO of UW Health at the University of Wisconsin, painted a similar picture of overwhelmed health workers in Wisconsin. He said Thursday that his system’s hospitals are overwhelmed in both rural and urban communities.

“We are short of staff all times, either because they have Covid or they have some other illness and we need to rule out Covid before we bring them back to work,” he said on “Squawk on the Street.” “There is no surplus now.”

With the virus resurging, state and city officials are taking action to curb the spread and safeguard hospitals. However, while in the spring, officials rolled out widespread restrictions and stay-at-home orders, this time around, officials are largely trying to implement more targeted measures to protect the economy.

Chicago Mayor Lori Lightfoot last week asked all residents to cancel Thanksgiving plans and stay at home unless they need to go to work or school or to tend to essential needs such as a doctor’s appointment or grocery shopping.

“This is serious life and death,” Lightfoot said at a press conference. “We are sounding the alarm that we are at this inflection point where we have to do more than we’ve already done.”

Oregon Gov. Kate Brown on Friday announced some of the most sweeping actions taken this fall by a governor in response to the virus. The governor’s new restrictions limits restaurants to takeout service only; limits retailers, grocery stores and pharmacies to 75% capacity; closes gyms, fitness centers and indoor and outdoor event centers; limits attendance at places of worship and requires other businesses to use remote work as much as possible.

“If this all sounds familiar to our Stay Home, Save Lives order I issued back in March, that’s because it is,” Brown said at a news briefing. “The cycle of this virus is such that we are seeing case rates topping 1,000 per day now and that means our hospitals are headed for some very dark days ahead.”

And in North Dakota, which has one of the most rapidly spreading Covid-19 outbreaks, per capita, in the country, the state health officer ordered a statewide mask mandate on Friday.

“Right now, the data demands a higher level of mitigation efforts to reverse these dangerous trends, to slow the spread of this virus and to avoid the need for economic shutdowns,” North Dakota Gov. Doug Burgum said. “Our situation has changed, and we must change with it.”