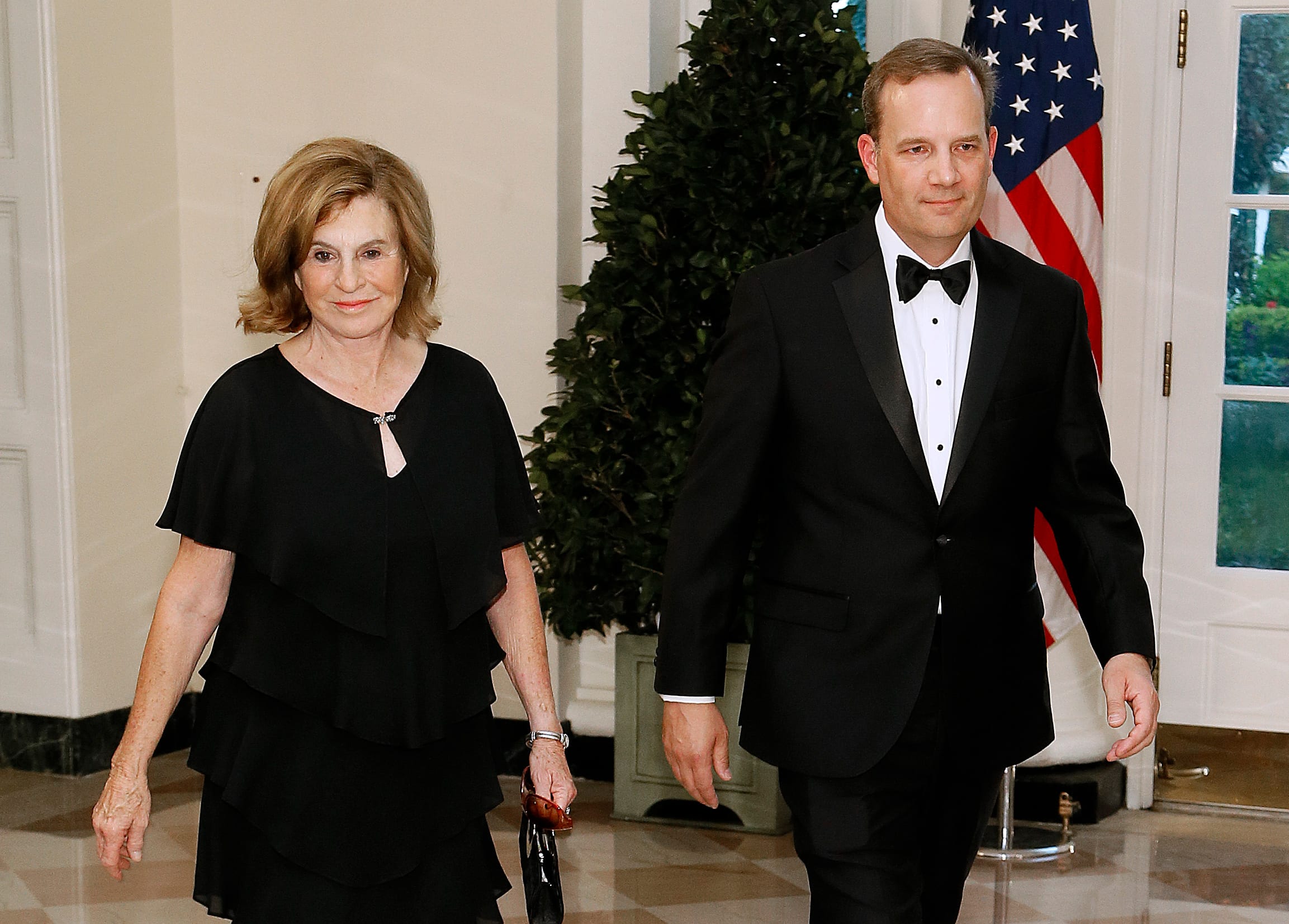 Liz and Dick Uihlein, billionaire owners of the shipping supply company Uline, and two of the Republican Party’s biggest donors, have tested positive for the coronavirus, a family spokesman confirmed Thursday to CNBC.

Liz Uihlein, who with her husband is a prominent backer of President Donald Trump, has been critical of government restrictions issued in response to the Covid-19 pandemic.

“Dick and I tested positive for COVID. After all these long months, I thought we’d never get it,” Liz Uihlein, Uline’s president and CEO, wrote employees in a statement Wednesday, which was obtained by the Milwaukee Journal Sentinel.

Liz Uihlein’s statement referenced Trump’s own infection with the coronavirus last month, in the weeks before the presidential eleciotn.

“Well, Trump go (sic) it… If we had not been around people with COVID, we would not have been tested,” she wrote. The company is based in Pleasant Prairie, Wisconsin.

A Uihlein family spokesman told CNBC, “The email being reported in the media is authentic and was distributed to Uline staff on Nov. 11 on behalf of Liz Uihlein.”

“Liz was exposed to Covid-19 by a personal friend,” the spokesman said. “Upon the discovery of the exposure, Liz was tested.”

The spokesman also said that, despite media reports to the contrary, “Neither Liz nor Dick attended an event at the White House on Nov. 3.”

An election night party was held in the East Room of the White House on that day.

The Uihleins, who are in their 70s, are ranked by the donation-tracking site OpenSecrets.org as the fifth largest donors in the United States to outside political spending organizations, having contributed a whopping $62.8 million to conservative groups this election cycle.

In 2018, when the Uihleins donated almost $40 million to such groups, The New York Times published a profile of them under the headline, “The Most Powerful Conservative Couple You’ve Never Heard Of.”

Richard Uihlein is a descendant of a founder of the Schlitz beer company.

Liz Uihlein, in an interview with The Guardian newspaper last April, criticized Wisconsin’s stay-at-home orders issued in the early weeks of the pandemic in the United States.

“It’s overhyped,” Uihlein said of the virus in that interview.

“And I don’t wish anybody ill will. You know I don’t wish that, but I think it hurts certain ages in certain places and largely in a lot of parts of the world. In the country it’s not as rampant as the press would have you make it.”

That interview came weeks after the Times reported in late March — as numerous countries around the countries told workers to stay home because of Covid-19 concerns — that Uline had “kept its work force going through the week, despite complaints from employees, including those crowded into its call centers, working side-by-side in cubicles.”

The Times reported in that same article that Uline employees had received an email from the Uihlein family touting “huge orders” from the White House in the past week.

On the same day as that email, the newspaper reported, a Uline call center manager sent workers a note saying, “If you, or family members, are under the weather with cold/allergies — or anything aside from Covid-19 … please do NOT tell your peers about the symptoms & your assumptions. By doing so, you are causing unnecessary panic in the office.”

In August, Liz Uihlein was reportedly granted an exemption from Canada’s two-week mandatory quarantine for foreign visitors when she flew there on a private jet to visit a Uline office and warehouse.

A company spokesman told CBC News in Canada that Liz Uihlein and two company executives were given formal exemptions from the rules, which had been in effect since March.

Canada’s minister of public safety later said that the decision to allow Uline executives to visit without quarantining was made by Canada Border Services Agency officers and that their “entry should not have been provided.”

“CBC News has learned that Halton Regional Police officers were sent to the Uline offices in Milton on the morning of Aug. 26 to follow up on a complaint that the American visitors were holding large group meetings where no one was wearing a mask,” the outlet reported.

In a statement issued to CNBC on Thursday before the family spokesman issued the statement confirming that the Uihleins have Covid-19, Uline said, “The health and safety of Uline employees continues to be our top priority.”

“Uline has instituted numerous changes to normal operating policies to respond to COVID-19 with health and safety in mind,” the company said.

“As we are made aware of positive cases among Uline personnel, we continue to promptly notify others who may be exposed to the virus, so the proper protocols can be quickly put into place,” the company said.

Trump tested positive for Covid-19 in early October, as did first lady Melania Trump, their son Barron, and more than 30 other people connected to the White House, to the president’s reelection campaign and to a White House event held in late September formally announcing his nomination of Amy Coney Barrett to the Supreme Court.

Trump has been blasted since early this year for his handling of the coronavirus crisis, which has led to more than 10 million infections in the United States, and more than 240,000 deaths. In the past week, the number of daily new cases of Covid-19 has shattered records.

Trump, who originally said the virus would not spread, has said at times that the virus would miraculously disappear, condemned state restrictions designed to limit the spread of the virus, and suggested absurd ideas for treating Covid-19, including injecting disinfectants into people.