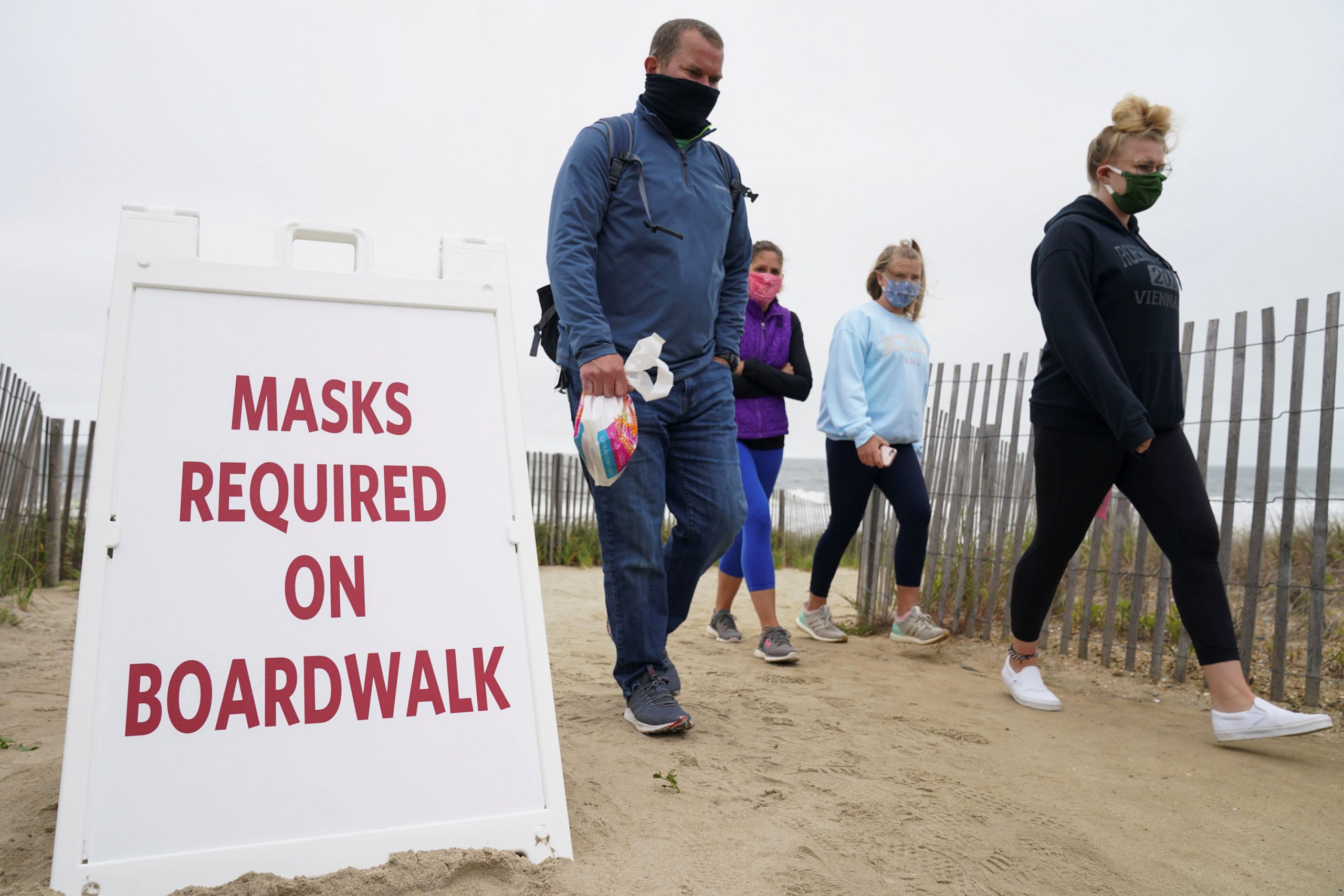 Visitors walk past a sign requiring face masks to stop the spread of the coronavirus disease (COVID-19) during Memorial Day weekend at Bethany Beach, Delaware, May 24, 2020.

Delaware reported its first case of Covid-19 on March 11 and subsequently issued a stay-at-home order on March 24 that closed all non-essential businesses and schools until June 1. Some small businesses, including clothing stores, hair salons and bookshops, were allowed to reopen with limited operations on May 8.

Between that time, Gov. John Carney issued a statewide mask mandate on April 28 and began contact tracing efforts in mid-May, according to the study published in the CDC’s Morbidity and Mortality Weekly Reports.

However, the decline in Covid-19 cases, hospitalization and mortality couldn’t be attributed to one single mitigation effort, they said. Data on adherence to the state-mandated stay-at-home order and the use of face masks use also wasn’t available.

“A stay-at-home order and case investigations instituted weeks before the peak in COVID-19 cases… in Delaware likely contributed to the subsequent decline observed in COVID-19 incidence and associated hospitalization and deaths,” researchers wrote.

“Additional steep declines in reports of new cases occurred after a public mask use mandate was issued in late April. Masks are critical for reducing SARS-CoV-2 transmission from persons with symptomatic or asymptomatic infection,” they said.

The researchers also identified “several barriers” to Delaware’s contract tracing efforts. Among the more than 9,700 laboratory-confirmed cases reported during March 11 and June 25, nearly two-thirds of the patients were interviewed and 83% either refused to name contacts or could not recall contacts, researchers found.

“Early detection, self-isolation, and investigation of COVID-19 cases and self-quarantine of close contacts can be effective in preventing community transmission, if contacts are identified and reached soon after exposure,” the study said.