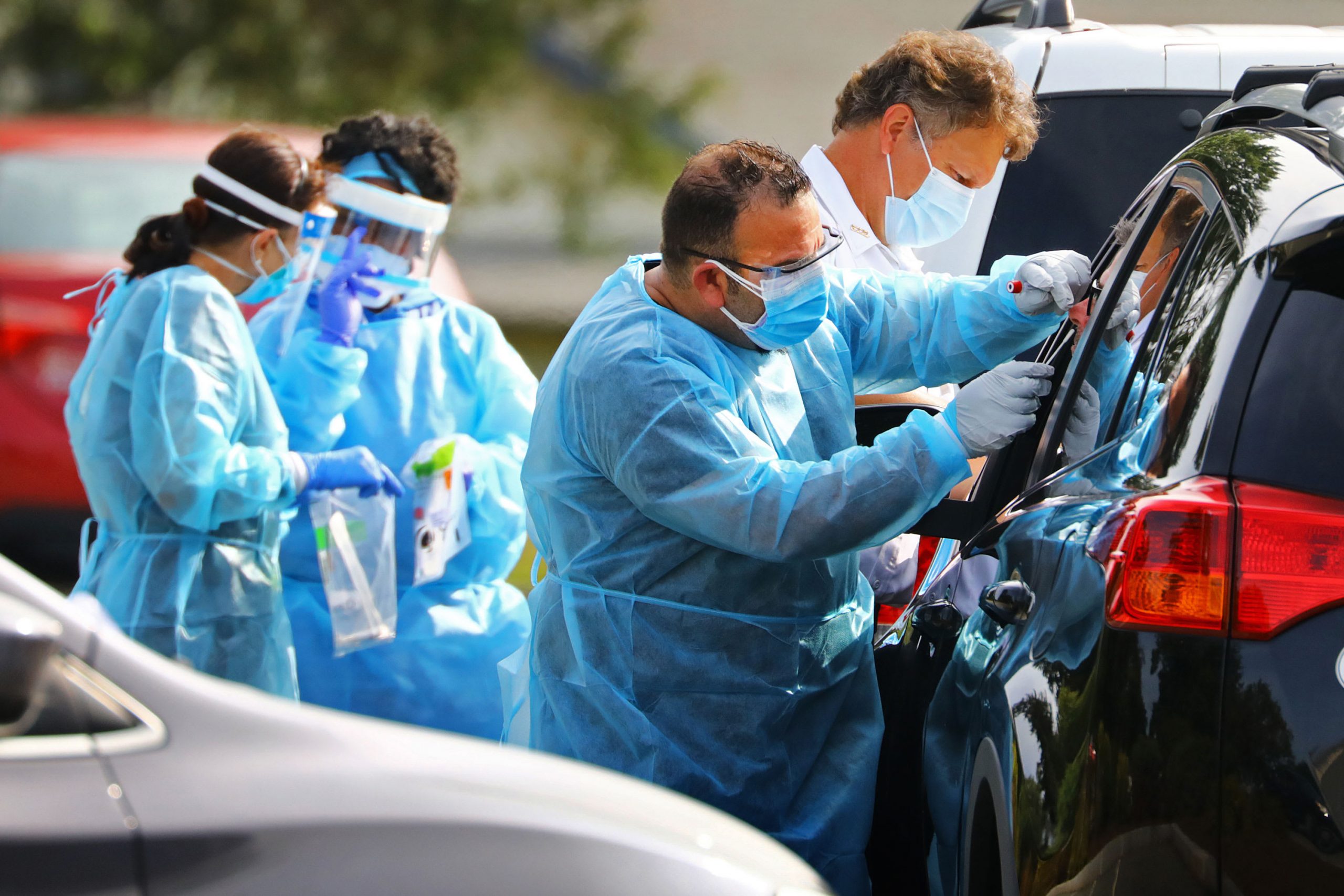 Dr. Scott Gottlieb on Friday offered a dismal assessment of the U.S. coronavirus outbreak, suggesting the real number of new infections per day is more than 500,000 — more than four times the current record of daily new diagnosed Covid-19 cases.

That record came Thursday, when 121,888 new infections were reported, according to data from Johns Hopkins University. A day earlier, the country saw its daily case count top 100,000 for the first time ever, part of a trend of record-high daily infections as the country’s epidemic ascends further into its third peak ahead of the holiday season.

“Remember 120,000 cases aren’t 120,000 cases. We’re probably, at best, diagnosing 1 in 5 cases right now, maybe a little bit less than that, so this is at least half a million cases a day, probably more in terms of actual numbers of infection,” Gottlieb said on CNBC’s “Closing Bell.”

The situation also is unlikely to improve without targeted interventions to reduce transmission in the hardest-hit states, according to Gottlieb, a former U.S. Food and Drug Administration commissioner under President Donald Trump. “But we’re not doing that right now,” he said. “We’re building up a lot of trouble for the future, and I think that this is going to explode in several weeks.”

The worrisome indicators extend beyond just case counts, Gottlieb said. Hospitalization data is troubling, he said. The average number of people hospitalized with Covid-19 is up by at least 5% in 36 states, according to a CNBC analysis of data from the Covid Tracking Project, which is run by journalists at The Atlantic.

In the U.S. overall, more than 53,000 people are currently hospitalized with Covid-19, according to the Covid Tracking Project. More than 10,000 people are in intensive care units, Gottlieb said. “That’s a lot, and it’s growing very quickly.”

The mortality rate for Covid-19 patients has improved during the pandemic, as doctors and health-care workers are more experienced at treating the disease, Gottlieb noted. Additionally, he said more patients are being treated at home, compared with the early days of the outbreak in the spring.

The challenge facing the country right now is, simply, the number of people who are infected, he said. More infections ultimately will lead to more hospitalizations, which at a certain point strains health-care resources, he said.

“It’s just a fact that, even if we get the death rates down and we manage people in the hospital better, and … we’re discharging people more easily, more quickly, we’re infecting a lot more people, so eventually the health-care system is going to get pressed,” Gottlieb said. He pointed to places where it’s already happened, such as Green Bay, Wisconsin, where a field hospital was set up last month.

Earlier in the pandemic, when a particular area such as New York experienced a severe crunch in its health-care system, it was easier to provide it with extra resources from around the country, Gottlieb said. “But if you have very diffuse spread across the country, which is where we’re headed, it’s going to be hard for the federal government to backstop that much.”

The U.S. has more than 9.6 million confirmed cases of the coronavirus, according to Hopkins data. At least 235,761 people have died.