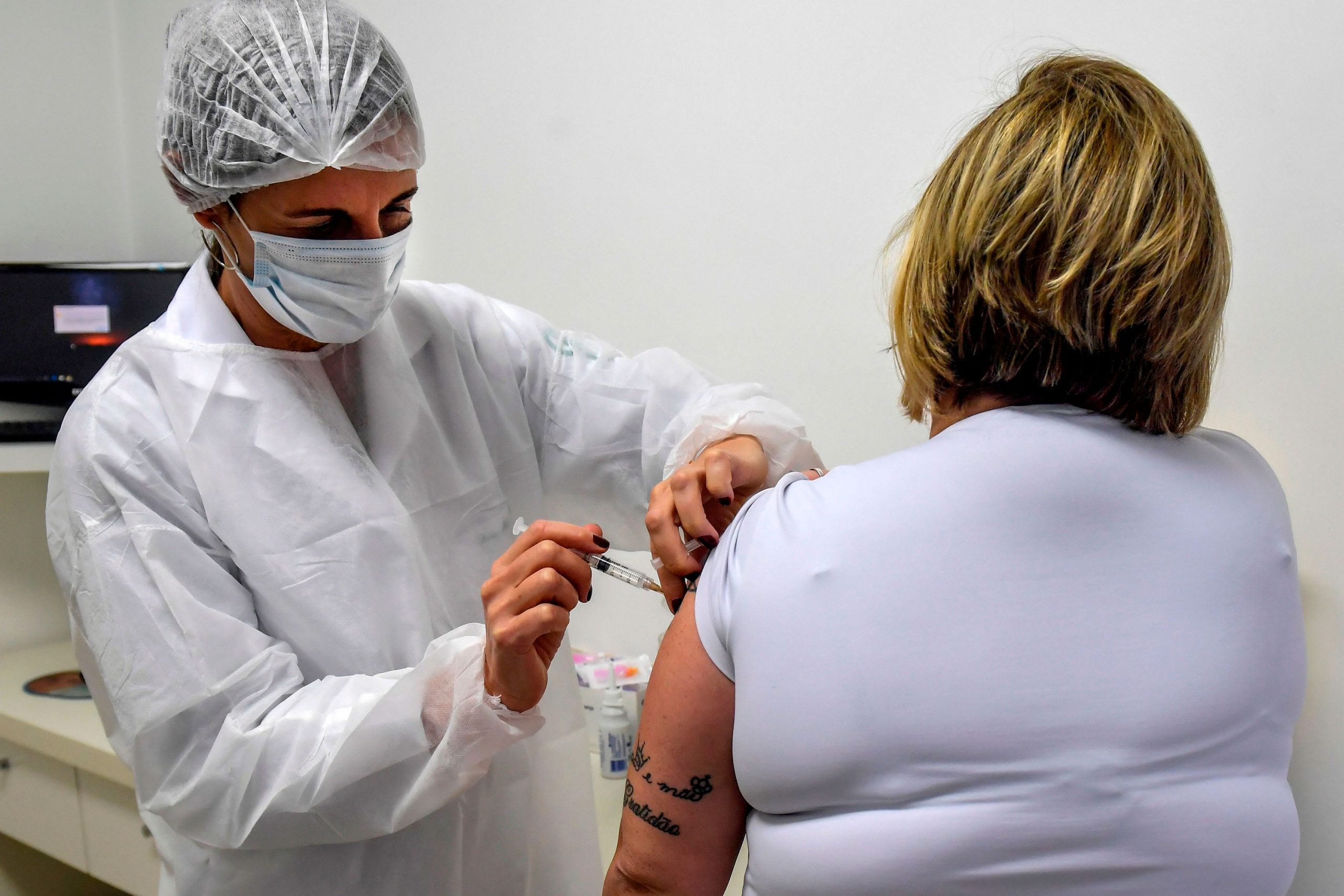 Brazilian pediatric doctor Monica Levi, one of the volunteers who received the COVID-19 vaccine, works at the Specialized Clinic in Infectious and Parasitic Diseases and Immunizations (CEDIPI), in Sao Paulo, Brazil, on July 24, 2020. The doctor is one of the 5,000 volunteers participating in Brazil of the phase 3 trials – the last before homologation – of the ChAdOx1 nCoV-19 vaccine, developed by the University of Oxford together with the British pharmaceutical company AstraZeneca.

British pharmaceutical giant AstraZeneca said Thursday it expects vaccine data to be available this year as it reported a solid rise in third-quarter sales.

“Results from late-stage trials are anticipated later this year, depending on the rate of infection within the communities where the clinical trials are being conducted. Data readouts will be submitted to regulators and published in peer-reviewed scientific journals,” AstraZeneca said as it released its results.

The drugmaker said global product sales, excluding payments from collaborations, rose 7% to $6.52 billion for the three months ending on September 30, on a constant-currency basis. That was ahead of a company-compiled consensus of $6.5 billion.

AstraZeneca’s Chief Executive Pascal Soriot said the results showed the drugmaker “made encouraging headway in the quarter, despite the ongoing disruption from the Covid-19 pandemic.” The company maintained its full-year guidance.

A lot of hopes have been placed on AstraZeneca this year as it’s developing a coronavirus vaccine in collaboration with the University of Oxford. The vaccine candidate, that has the technical name AZD1222, is in late stage clinical trials that are ongoing in the U.K., Brazil, South Africa and the U.S and involve around 23,000 participants.

Trials in the U.K. and U.S. recently had to be paused due to unexplained illnesses experienced but two participants but both got the green light from regulators to resume when these were deemed to not have been related to the experimental vaccine.

Last Monday, the drugmaker released an update on the vaccine’s progress, saying it had produced a similar immune response in older and younger adults.

The news spurred hopes that a vaccine could be available by the end of the year, although the drugmaker has already missed a target to deliver 30 million doses (part of a deal for 100 million doses agreed with the British government in May) of a Covid-19 vaccine to the U.K. by September.

In June, several European nations signed a deal with AstraZeneca for up to 400 million doses of the vaccine with the first batch of doses expected by the end of the year.

On Wednesday, the head of the U.K.’s vaccine taskforce, or procurement program, conceded that the target of 30 million doses by September had not been achieved, estimating instead that Britain would get 4 million doses by the end of the year, Reuters reported, and 100 million doses “in the first half of next year.”