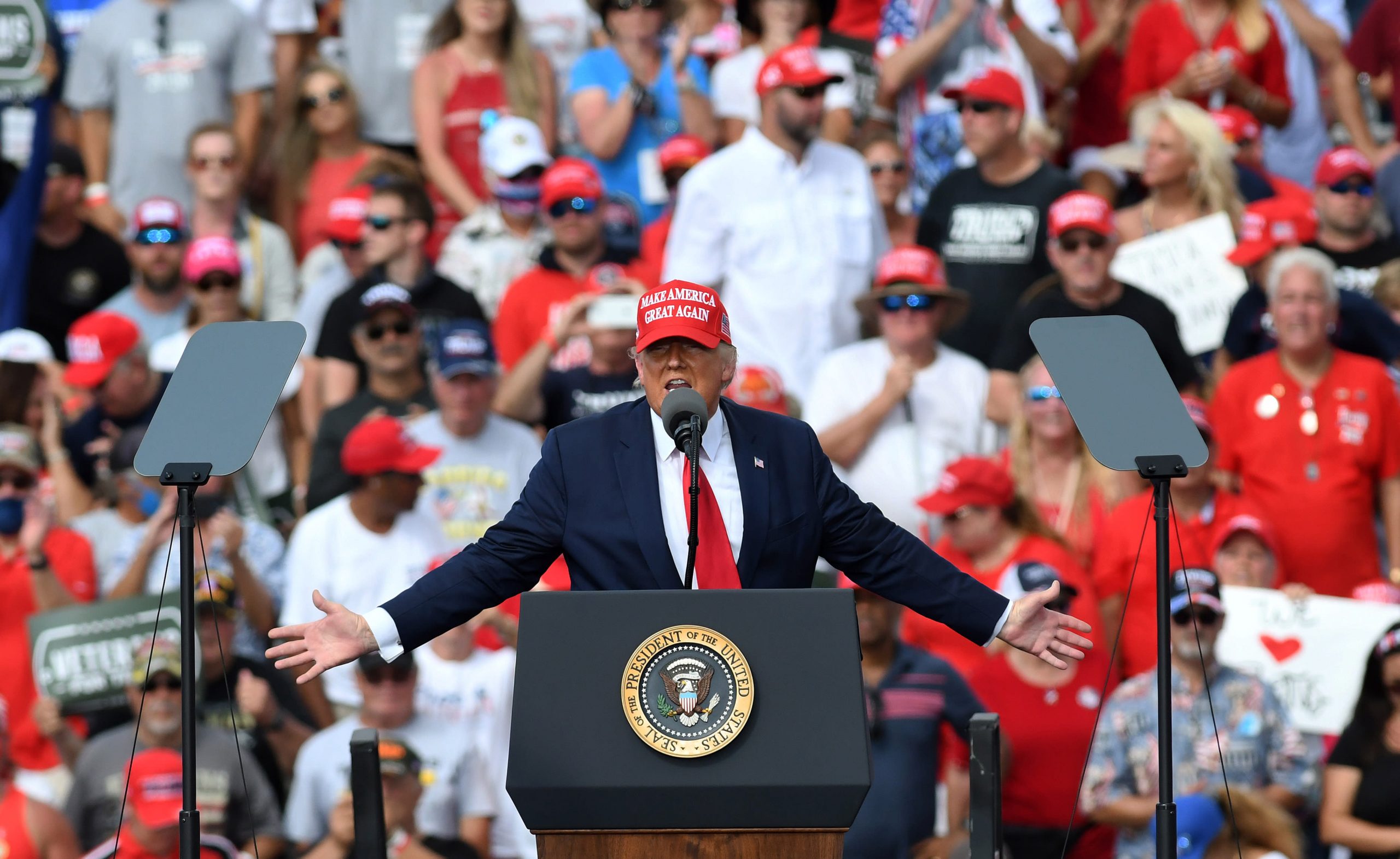 President Donald Trump‘s campaign rallies led to more than 30,000 coronavirus cases, according to a new paper posted by researchers at Stanford.

Researchers looked at 18 Trump rallies held between June 20 and Sept. 22 and analyzed Covid-19 data the weeks following each event. They compared the counties where the events were held to other counties that had a similar trajectory of confirmed Covid-19 cases prior to the rally date. Out of the 18 rallies analyzed, only three were indoors, according to the research.

The researchers said the findings support the warnings and recommendations of public health officials concerning the risk of Covid-19 transmission at large group gatherings, “particularly when the degree of compliance with guidelines concerning the use of masks and social distancing is low.”

“The communities in which Trump rallies took place paid a high price in terms of disease and death,” said B. Douglas Bernheim, chairman of Stanford’s economics department and a lead author of the paper, wrote.

The paper, which has not undergone a peer review yet, was published on open access preprint platform SSRN. Trump’s campaign did not immediately respond to a request for comment.

A spokesperson for Joe Biden’s campaign issued a statement after the paper posted, saying, Trump is “costing hundreds of lives and sparking thousands of cases with super spreader rallies that only serve his own ego.”

“The worst part is that this doesn’t even capture Trump’s many superspreader events on White House grounds or the last five weeks of events across the country. How many more lives have been upended in that time? How many more empty seats are there at kitchen tables across America because of Donald Trump’s ego?” spokesperson Andrew Bates said.

The researchers said they had to overcome “significant challenges,” acknowledging that the dynamics of Covid-19 are “complex,” and “even the most superficial examination of the data reveals that the process governing the spread of Covid-19 differs across counties.”

The new research comes as the coronavirus continues to rapidly spread across the United States. The U.S. continued to set new highs for infections this week, with Friday marking a record 99,321 daily new cases, bringing the seven-day average of daily new cases to a new high at 78,738, a CNBC analysis of data from Johns Hopkins University showed.

Trump has often been criticized for holding in-person rallies, sometimes with tens of thousands of people, during a pandemic. He has sought to downplay the virus, often tying the increase in Covid-19 cases to more testing. But public health officials and infectious disease experts dispute that claim, saying the rate of tests that come back positive and hospitalizations are also on the rise.

Dr. Anthony Fauci, the nation’s leading infectious disease expert, said Friday that the U.S. is reporting an “extremely high and quite unacceptable” daily number of cases ahead of the winter season when people will be spending more time indoors.

“We’re in a precarious position over the next several weeks to months,” Fauci told SiriusXM’s ”Doctor Radio Reports,” calling on people to continue wearing face masks, social distance and spend time outdoors over indoors as much as possible.