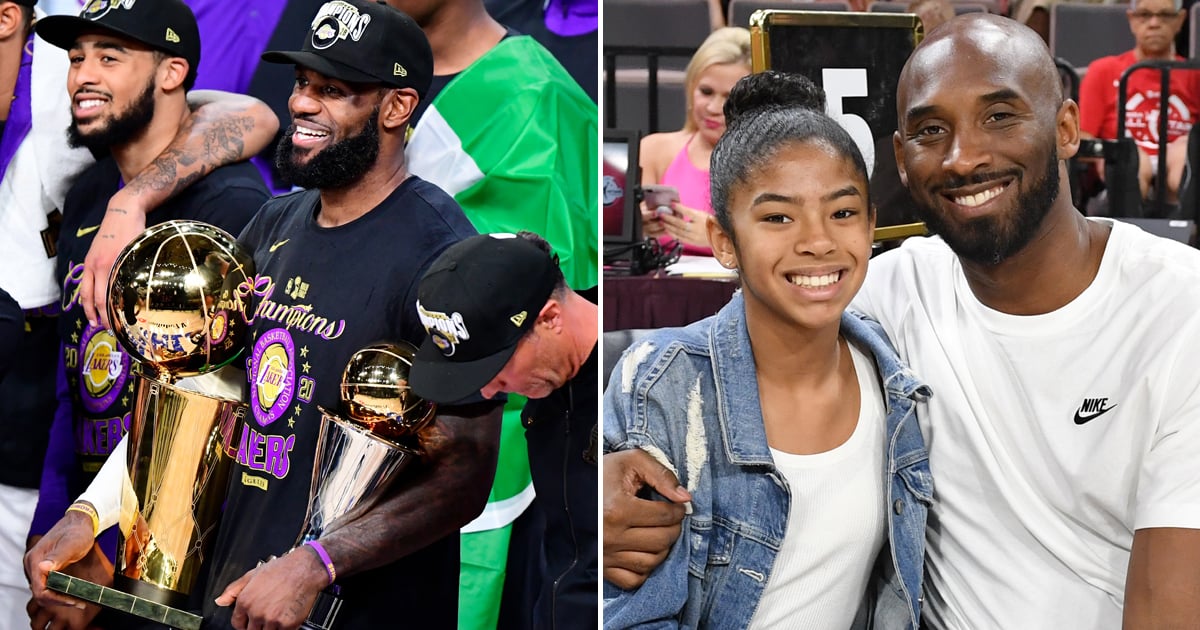 The Los Angeles Lakers did it for Kobe Bryant. On Sunday night, LeBron James, Anthony Davis, Rajon Rondo, and the Lakers squad beat the Miami Heat 4 games to 2 to win the NBA championship. It was a season unlike any other — one that was resumed in the bubble in Orlando, FL — and with so much on the line, the Mamba Mentality was palpable. Despite not playing at the Staples Center in Los Angeles, the moment the Lakers secured that final win, the city erupted with “Kobe” chants. After the tragic loss of Kobe and his daughter Gianna in January, it felt like this championship was for them.

Following the game, the players reflected on the significance of this when talking to the media. “Ever since the tragedy, all we wanted to do was do it for him, and we didn’t let him down,” Anthony Davis said about Kobe. “I know he’s looking down on us proud of us, I know Vanessa’s proud of us, the organization’s proud of us. He was a big brother to all of us, and we did this for him.”

Vanessa shared a photo of Kobe and Lakers general manager Rob Pelinka to her Instagram Story, congratulating the team and Kobe’s longtime agent with a quote from Kobe himself. “Congratulations Uncle P! Congratulations @lakers. Kobe was right, RP! ‘Stay the course- blockout the noise.’ @kobebryant. Wish Kobe and Gigi were here to see this,” she wrote.

It had been 10 years since the Lakers won a championship, and the last time they made the playoffs was in 2013, but for the franchise’s 17th finals ring, this one felt different. See how Laker Nation, fans, players, and family members celebrated the championship with tributes to the late, great Kobe Bryant.