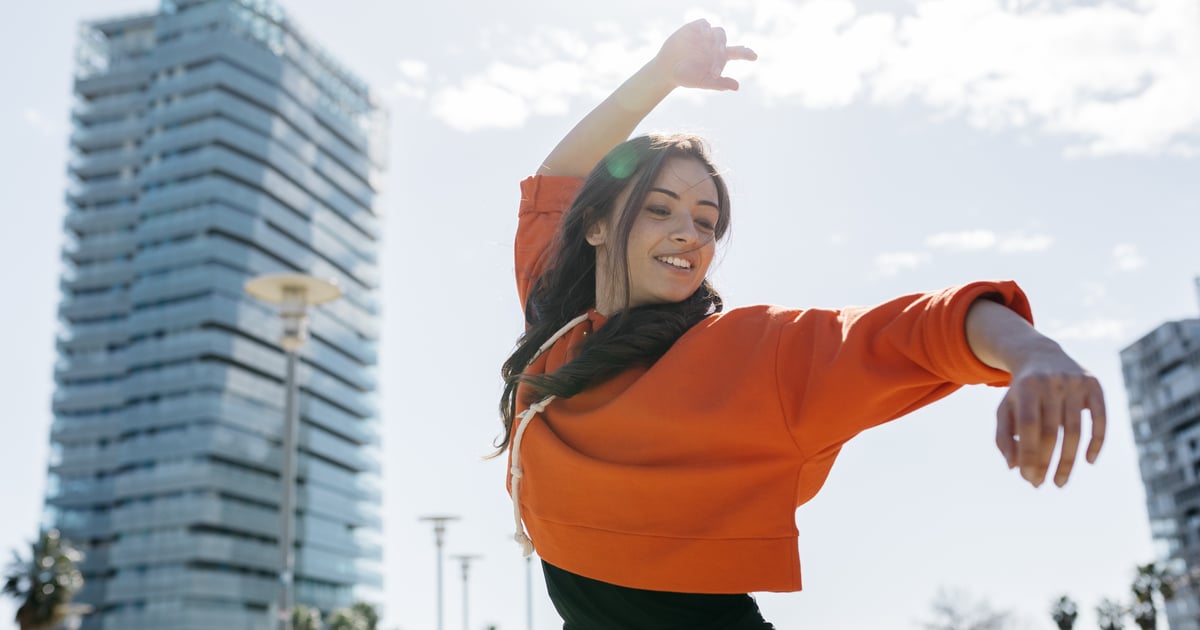 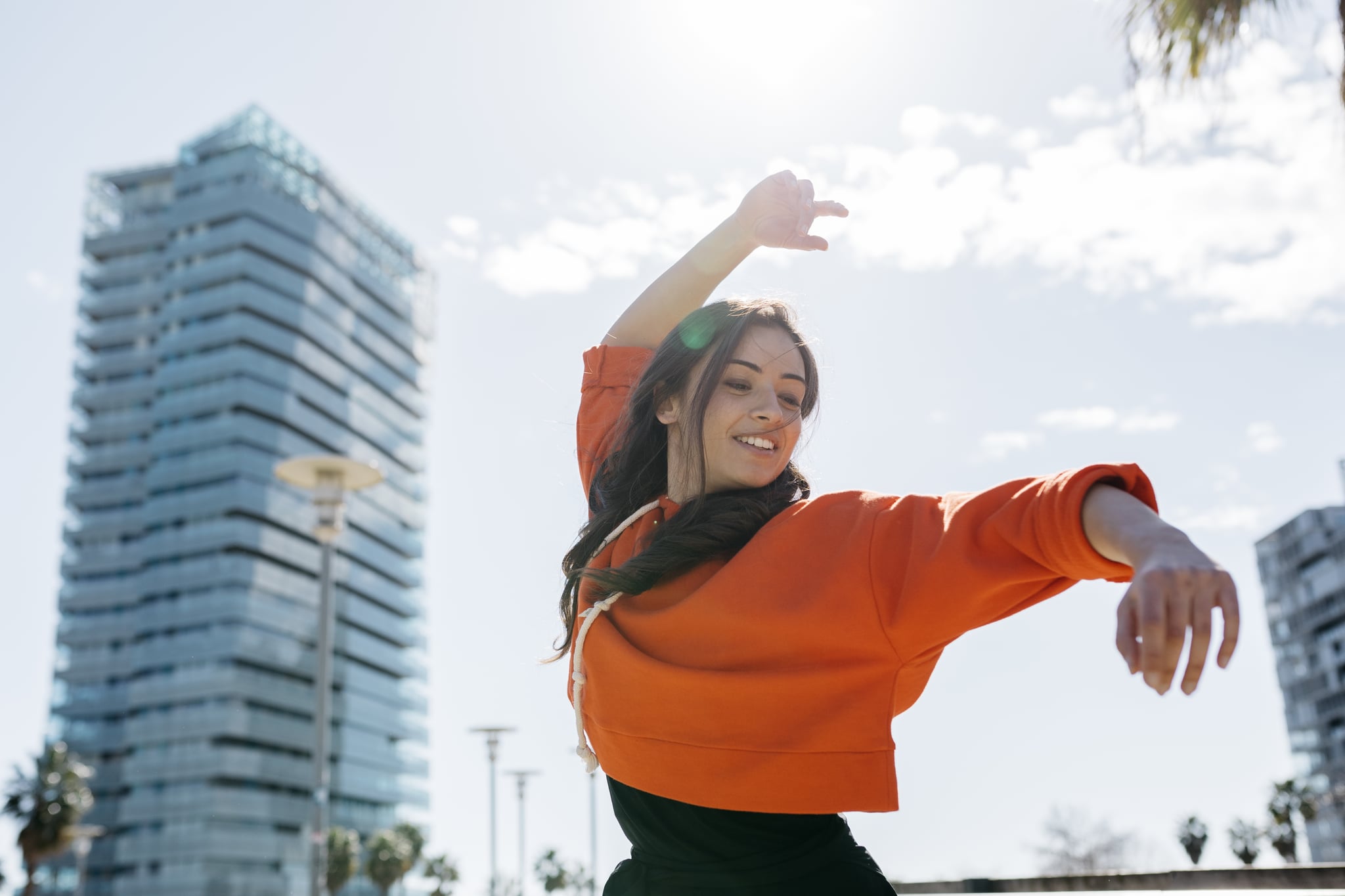 As a teenager and college student, I struggled with body image and disordered eating. I used disordered eating to handle my emotions and feel more in control of my life. One way this played out was through movement: I would use exercise to punish myself and my body for what I’d eaten, especially if I deemed the amount “too much.” I saw exercise purely as a way to burn calories. I saw exercise as numbers, as ellipticals, and as late-night trips to the gym. I saw exercise as the means to an end, as something I “had” to do.

But then I realized how unhappy I felt. In my gut, I knew my behaviors were unhealthy and unsustainable. I knew a happier life was possible, one in which I spent free time hanging out with friends and engaged in exercises I found enjoyable, which hardly included an elliptical. I knew living my life by arbitrary numbers was not the way to go.

And not only did I know this deep down, but I was also preaching it to others. For most of my time in college, I was co-chair of Embody Carolina, an organization that focuses on eating disorder education, awareness, body positivity, and social justice. I co-led trainings on how to be an effective and compassionate ally to friends with eating disorders: friends whose eating and exercise behaviors were like mine.

Eating disorders are rampant on college campuses, in which up to 25 percent of students have one. Additionally, some studies have found up to 42 percent of people who go to the gym have a harmful relationship with exercise. Overexercise has serious effects, too: It can lead to constant exhaustion, brittle nails, hair loss, insomnia, recurrent injuries, and more.

I didn’t want to be a part of that statistic anymore. I wanted to have a full life and a college experience filled with amazing memories. I wanted to stop hating and punishing myself for what I ate. I realized my body does so much for me — it helps me go places and meet up with friends, it allows me to dance, and it keeps me alive and healthy. In response, the least I could do was treat it right. My body and I had done nothing wrong by eating and enjoying food, and my life would be happier once I was healthier. I’d worked on recovering before, and I knew I could do it again.

I had to make myself okay with skipping workouts and saying “no” to the disordered parts of myself.

I didn’t go right into exercising another way, though: I had to take a break from working out first. I had to make myself okay with skipping workouts and saying “no” to the disordered parts of myself. I had to realize my lack of strenuous exercise didn’t make me a bad person. I had to re-envision exercise as something that could make me feel good mentally rather than something that would affect my weight.

Once I became healthier, I dove back into dance, an exercise I truly love. I attended Zumba classes with an old roommate and didn’t try to figure out the calories I burned. I started taking dance technique classes with a dance group on campus, in which I learned how to do jumps, turns, and leaps I’d always wanted to do but never learned how to growing up. I realized how cool it is and how privileged I am that my body can (or at least attempt to) do so many fancy, impressive dance moves. My exercise was far from about punishment at this point: my exercise turned into learning choreography and feeling proud of myself when I improved. I even became one of the winners of the technique award due to my commitment and improvement.

We live in a diet-culture-filled world, in which feeling okay about what we eat and how we look is close to impossible sometimes. But, let me tell you this: a life free of diet culture and body judgments is one worth fighting for. It’s worth the hard days and therapy sessions. It’s worth the awkward conversations in which you have to “call in” friends who engage in “diet talk” and “fat talk.” I’m so thankful I’m able to exercise my body through learning choreography, and that I do it because I love it and want to celebrate my particular body’s abilities.