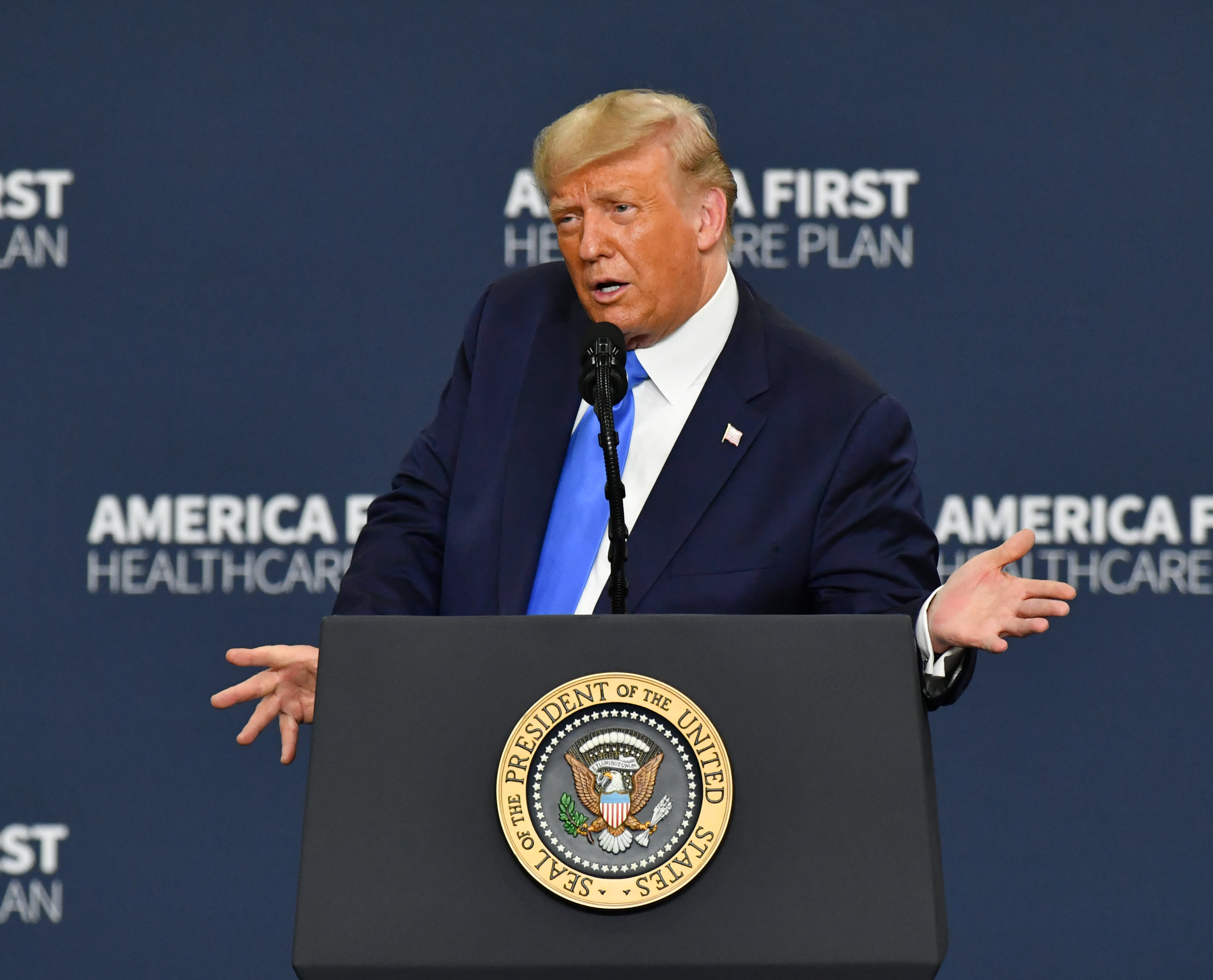 In a speech unveiling his health-care “vision” for America, President Donald Trump made a surprise announcement: that cash cards will soon be sent to millions of seniors using the government health insurance program Medicare.

“Under my plan, 33 million Medicare beneficiaries will soon receive a card in the mail containing $200 that they can use to help pay for prescription drugs,” Trump said in North Carolina on Thursday evening.

But it’s unclear how exactly the administration will pay for the cards. A White House official told CNBC in an email that the money for the cash cards would be paid for by “a Medicare 402 demo” and that the costs would be “offset from Most Favored Nation savings.”

The official did not immediately respond to a request for further details about the 402 demo or how it would supply the funds. Medicare waivers under section 402 cover experimental ways to cover costs and provide services.

“These will be actual discount cards for prescription drug copays” and will be mailed in the coming weeks, the official wrote.

The $6.6 billion provision is possible, Trump said Thursday, “partially because of the tremendous money that we’re going to be saving with the Favored Nations and various other things that we’ve done.”

The president appeared to be referencing an executive order revealed earlier this month, directing his Health and Human Services chief to work to “test a payment model” ensuring that Medicare Part B-covered products will cost “no more than the most-favored nation price.” Part B covers crucial medical treatment and preventive services. Medicare Part A covers inpatient care.

Here, the term “most-favored nation price” means the lowest price for a product that a drug manufacturer sells to Organization for Economic Cooperation and Development members of comparable size.

“Favored nations” is a term often seen in health law contracts that requires providers to give one party equal or better rates for services it gives other parties.

But the White House’s “favored nations” plan is not yet being enforced, and it has already seen opposition from the pharmaceutical industry, along with some groups focused on seniors’ health.

“The policy is founded on incorrect assumptions about how other countries would respond, where seniors’ high out-of-pocket costs really come from, and what it would mean for the U.S. to adopt cost-effectiveness standards used by foreign governments,” wrote Susan Peschin, CEO of Alliance for Aging Research, a Washington, D.C.-based nonprofit, last week.

In a call with reporters Friday morning, a senior administration official offered few details about the plan to pay for the cards.

“Again, unfortunately, the details of the offsetting requirements of the 402 program are still yet to come. Expect more details out of the White House in the near future,” the official said. “Once again, the savings and the way that will be paid for, more details are forthcoming from the White House.”

The move appeared to echo one prong of a plan between the White House and the pharmaceutical industry to lower drug prices, reported by The New York Times, that was scrapped after chief of staff Mark Meadows insisted drug makers fund cards loaded with $100 for seniors to be sent out before November.

The Times, citing four people familiar with the discussions, reported drug companies’ concerns about being involved in a move that would look like a late-game play toward Trump’s reelection efforts.

The nearly $7 billion handout, announced less than six weeks before Election Day, quickly bred accusations that the Trump administration was using government money to appeal to older voters. Health-care news outlet STAT News, for instance, called the pledge “a political ploy to curry favor with seniors who view drug prices as a priority.”

Seniors are historically one of the most reliable voting blocs to turn out in elections. Trump carried the demographic by 7 percentage points over Democrat Hillary Clinton in the 2016 race, exit polls show.

But some surveys show Trump’s support slipping among the elderly. An AARP poll last week showed Trump just 1 point up on Democratic nominee Joe Biden among Florida voters over 65 – in 2016, Trump beat Clinton in that group by 17 points.

Trump’s remarks in North Carolina made it hard to ignore the politics involved in sending cash to seniors.

“Nobody’s seen this before. These cards are incredible. The cards will be mailed out in coming weeks. I will always take care of our wonderful senior citizens. Joe Biden won’t be doing this,” Trump said.