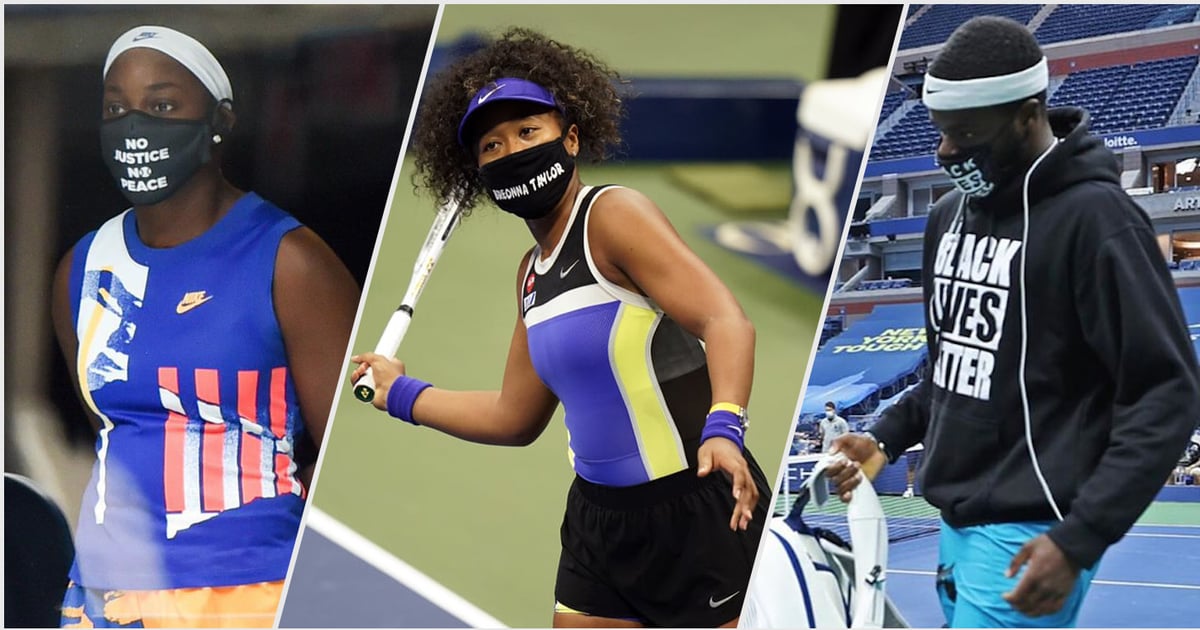 The 2020 US Open commenced on Aug. 31 — minus the crowd. Though the atmosphere at the USTA Billie Jean King National Tennis Center grounds is quieter than usual, some players are speaking up more loudly than ever in the face of racial injustice and in support of the Black Lives Matter movement.

Naomi Osaka, for instance, brought seven different masks featuring the names of Black lives lost at the hands of police brutality and other acts of violence. “It’s quite sad that seven masks isn’t enough for the amount of names,” the 22-year-old who represents Japan said in a post-match interview after the first round, “so hopefully I’ll get to the finals and you can see all of them.” So far she’s worn the names of Breonna Taylor, Ahmaud Arbery, George Floyd, and Trayvon Martin — and she’s still in the tournament fighting for that Grand Slam (her next match is the semifinals on Sept. 10).

American Sloane Stephens, who won the US Open in 2017 and lost against Serena Williams in the third round this year, came to her matches wearing masks with the phrases “Black Lives Matter” and “No Justice No Peace.” Stephens posted a message on Instagram in response to pro athletes postponing their games at the end of August following the police shooting of 29-year-old Jacob Blake. The message, released a few days before the start of the US Open, read in part, “Unarmed Black people continue to be murdered and unjustly treated, and it is infuriating and devastating.”

Stephens continued, “As athletes, we have unique platforms, and I believe it is our responsibility to use them wisely.” She wrote, “People can’t choose to support part of us, the part that entertains them on court or on the field, and ignore the part of us that makes us who we are while our brothers and sisters are persecuted.”

Frances Tiafoe, also representing the US and who is ranked 82 in the world, used his platform to bring awareness to the Black Lives Matter movement as well before being eliminated on Sept. 7. He wore a “Black Lives Matter” sweatshirt and mask, and he wrote that phrase along with “Say Her Name,” in reference to Breonna Taylor and other Black women subjected to violence, on his sneakers. “It’s bigger than me y’all,” he said on Instagram. “Doing it for my people, my communities.”

Ahead, see footage of these players demonstrating and making their voices heard amid the hushed courts of the US Open.